Kellee Pratt of Outspoken & Freckled and the famed @Irishjayhawk66 sent me an email earlier this week: “Hey, are we reprising the Billy Wilder Blogathon this year?”  My initial reacton was, “are you freakin’ crazy?!”  Then I thought, “what would Lubitsch do?”  And so here I am celebrating Wilder with a great friend and classic movie blogger.

This is all about Billy Wilder.  The great. 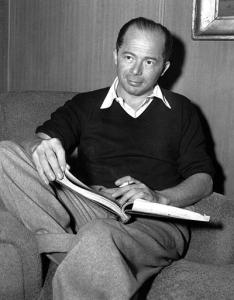 Beginning his screenwriting career in 1929 Germany, Billy Wilder would make a definitive mark on Hollywood from behind the camera, both by way of his pen and later as a premier director.  Films written by or directed by Billy Wilder continue to spark debate and adoration to this day thanks to his sharp wit and memorable imagery. Wilder directed only 27 films yet stands among an elite group of seven directors who have won Best Picture, Director and Screenplay Oscars. 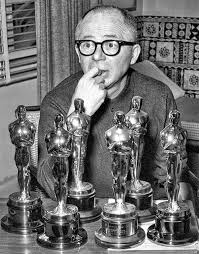 Now, putting all stats and numbers aside, what makes Billy Wilder one of the greatest directors who ever lived is not reflected on a list nor is it illustrated by his numerous awards, but rather by his enduringly entertaining filmography. A Wilder film grabs the viewer from the opening shot and always leaves a lasting impression because a Wilder ending is always memorable.

For all of those reasons and because we’re girls gone Wilder, Kellee @Irishjayhawk66 of Outspoken & Freckled and I (Aurora) @CitizenScreen are beside ourselves with excitement to announce the second annual Billy Wilder Blogathon.  As was the case last year this will be a one-day event to celebrate this master’s work on what would have been the 109th anniversary of his birth on June 22. And we hope you are willing and able to join the celebration. 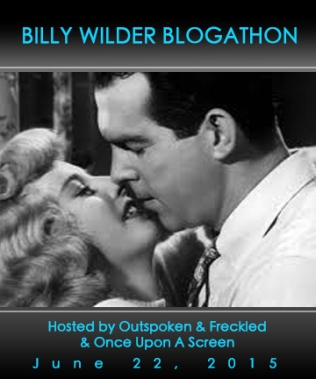 Entries for this event can be anything Wilder related – commentaries on his films or television work, created by his pen or from his place behind the camera.  You choose, blog and post and we’ll be sure to enjoy it.

NOTE:  Kellee and I discourage repeat choices.  However, several bloggers have chosen the same Wilder film and knowing each person’s take will be different we’re changing that policy.  In fairness, however, no more than two per movie if it comes to that.

And now the usual drill… 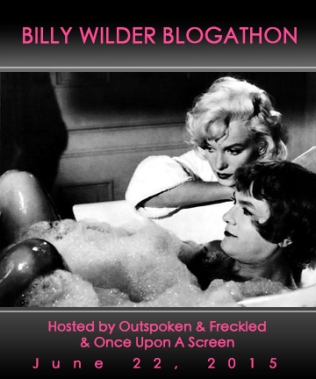 Shut up and deal.  And happy blogging! 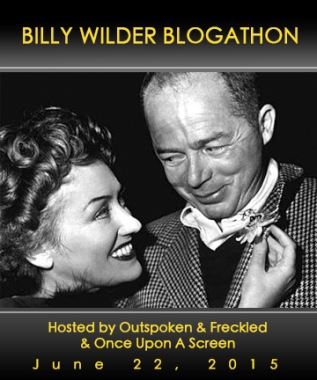 Once Upon a Screen – Ace in the Hole

In the Good Old Days of Classic Hollywood – Midnight

Shadows and Satin – Famous Couples of Noir: Norma and Joe (and possibly Joe and Betty, too!) in Sunset Boulevard

Caftan Woman – Bing Crosby movies: The Emperor Waltz and Rhythm on the River

A Shroud of Thoughts – The Apartment

Cinephiled – The Major and the Minor

Twenty Four Frames – The Major and the Minor

The Wonderful World of Cinema – Love in the Afternoon

Girls Do Film – The Apartment

Stars and Letters – Correspondence on The Spirit of St. Louis

Flickin’ Out – The Lost Weekend

Jeff – Fedora and Kiss Me, Stupid (guest post on Once Upon a Screen)

Goose Pimply All Over – The Seven Year Itch