“I’m very enthusiastic about the Academy Awards because if there were no Oscars, we wouldn’t have as many good movies as we do have.” – Robert Osborne

The Oscars – both maligned and praised are always cause for celebration and we’re here to do just that.

For the fourth consecutive year Once Upon a Screen (@CitizenScreen) joins forces with Kellee (@IrishJayHawk66) of Outspoken & Freckled and Paula (@Paula_Guthat) of Paula’s Cinema Club for the 31 Days of Oscar Blogathon.  We started this event to coincide with Turner Classic Movie’s 31 Days of Oscar marathon during which the network shines the spotlight on the storied history of the Academy Awards.  This year the network is presenting Oscar-themed movies with a twist on the “Six degrees of Kevin Bacon” parlor game where each film will be linked by a common performer to the one following it with the last film presented on the 31st day linked back to the first.  No doubt the “360 Degrees of Oscar” will be a fun journey through film connections in Oscar’s storied history.  You can download the TCM February schedule here.  And while you’re planning your viewing schedule plan your entry to the blogathon!

Most of you know the drill – during the month-long event tell us about which films, actors or directors deserved an Oscar nod and were ignored or about which films inspire you with their music or lighting. Any Oscar-related topic is fair game.  We are not limiting this event to classic film fare, we want to see and hear it all from the golden man’s glitter- and scandal-filled history – including information and commentaries on this year’s nominees.  The only restriction is we prefer no previously published posts.

Just as we’ve done in previous years, which proved big successes, we will be focusing on a different Oscars topic each week — note that you can join us at any time during the month and submit as many entires as you want!  We will promote posts according to topics as follows:

February 6 – Hosted by Aurora on Once Upon a Screen – THE ACTORS! 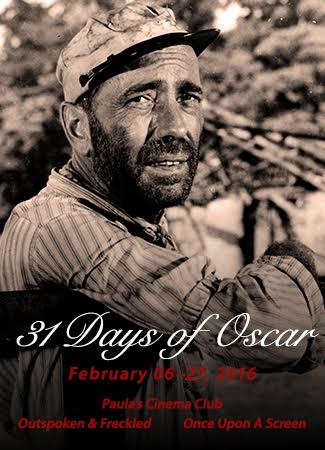 February 27 – Hosted by Kellee THE MOTION PICTURES and Aurora THE DIRECTORS! 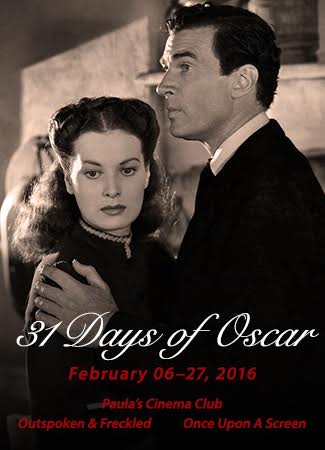 We hope you join us!

You can submit topics either by leaving comments on any of our blogs, via twitter or by email. We ask that you please include the following:

SO – write to your heart’s desire! Write one post or several on each topic. But write!

Here’s to Oscar, to TCM and to YOU!

If you’re interested take a look at all of the previous years’ entries to the 31 Days of Oscar Blogathon here. 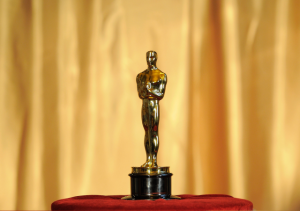 Participating Blogs and Chosen Topics by Week and Category:

Take a look at the ACTOR entries here.

The SNUBS are available here.

The Wonderful World of Cinema – Screenplay for LITTLE MISS SUNSHINE (2006)

Wolffian Classics Movies Digest – IN THE HEAT OF THE NIGHT (1967)