Here we are – Oscars week and Week 4 of the 31 Days of Oscar Blogathon – a week during which we pause to honor those who helmed the motion pictures we swoon over.  While we’ve only a handful of entries this week, it is indeed an important and impressive lot… 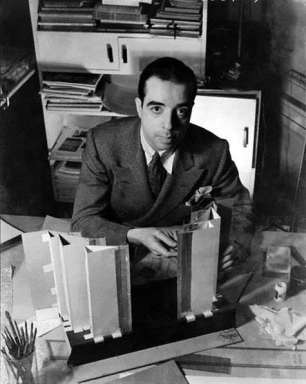 To begin…visit with the great Sidney Lumet as he directs 12 Angry Men, a fabulous entry by Silver Screenings.

Then read about how Federico Fellini drew from his own contradictions in a Spotlight by Maegan, a guest post on Once Upon a Screen.

After that consider the lasting and moving work of one born to showbiz as Vincente Minnelli is duly honored by The Vintage Cameo.

Proceed on and be reminded that he was much more than a “women’s director.” George Cukor (as in “cucumber”) is the subject of Margaret Perry’s retrospective on an impressive career.

Finally… on popcorn and movies brings it all home with a discussion about how John Ford Screwed Up her Geography!

Great stuff and a huge THANK YOU to these bloggers!

For those who may be visiting for the first time – this is the second year in a row that Kellee (@IrishJayHawk66) of Outspoken and Freckled, Paula (@Paula_Guthat) of Paula’s Cinema Club and Aurora (@CitizenScreen) of Once Upon a Screen bring you this event to coincide with Turner Classic Movie’s (TCM) 31 Days of Oscar … during which the network showcases Oscar winners and nominees leading up to the 86th Oscars, which will air on ABC on March 2.  Click on the following banner to access TCM’s complete schedule:

Kellee, Paula and I chose to feature a different topic for each of the five weeks of the 31 Days of Oscars Blogathon.  If you’ve missed any, visit as follows…

Oscar Snubs – Hosted by Kellee at Outspoken and Freckled

On music, cinematography, costumes – everything Oscar – Hosted by Kellee at Outspoken and Freckled

And be sure to come back and visit next weekend as we close the event with focus on The Motion Pictures. 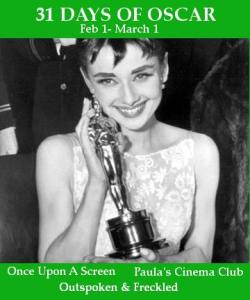 “It has long been a source of wonder to me that many women have not seized upon the wonderful opportunities offered to them by the motion picture art to make their way to fame and fortune as directors of photo-dramas. Of all the arts there is probably none in which they can make such splendid use of talents so much more natural to a woman than to a man and so necessary to its perfection” – Alice Guy-Blache

There are no rules in filmmaking. Only sins. And the cardinal sin is dullness. – Frank Capra

It is easier to get an actor to be a cowboy than to get a cowboy to be an actor. – John Ford

I’m here to make good pictures. If I don’t see it, I won’t touch it. I may not make a good picture, but I still gotta believe in it! – William Wyler

I’ve just begun to dare to think I perhaps am a bit of an artist. – David Lean

I don’t care who you are. When you sit down to write the first page of your screenplay, in your head, you’re also writing your Oscar acceptance speech.- Nora Ephron

I don’t weep or anything, but there’s always some part of me left bloody on the scene I’ve just directed. – George Cukor

I’m always pursuing the next dream, hunting for the next truth. – Stanley Kramer

I don’t film messages. I let the post office take care of those. – Bernardo Bertolucci

I care nothing about the story, only how it is photographed and presented. – Josef von Sternberg

It is only when I am doing my work that I feel truly alive. – Federico Fellini

Give them pleasure – the same pleasure they have when they wake up from a nightmare. – Alfred Hitchcock

The director is the channel through which a motion picture reaches the screen. – King Vidor

All great work is preparing yourself for the accident to happen. – Sidney Lumet

The theater is like a faithful wife. The film is the great adventure — the costly, exacting mistress. – Ingmar Bergman

A director must be a policeman, a midwife, a psychoanalyst, a sycophant and a bastard. – Billy Wilder

For me, film-making combines everything. That’s the reason I’ve made cinema my life’s work. In films painting and literature, theatre and music come together. But a film is still a film. – Akira Kurosawa