The Oscars may not have a host this year, but we don’t have those troubles in the blogosphere. We are three and we are blogging strong. That is, for the seventh consecutive year, I am joining forces with Kellee of Outspoken & Freckled and @Irishjayhawk66 and Paula of Paula’s Cinema Club and @Paula_Guthat to bring you the 31 Days of Oscar Blogathon. We hope you’ll consider joining us to make this year’s event one for the record books. 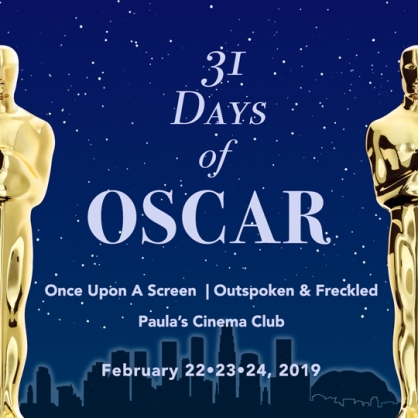 As you know, this blogging event is inspired by Turner Classic Movies’ 31 Days of Oscar marathon, which begins its 24th installment on February 1 and ends March 3rd. This year the network presents the film schedule in a mixed topics potpourri surrounding the historic film industry. Topics range from “Grittiest Streets of New York” to “Favorite Singing Cowboys” to “Favorite Epic Soap Opera.” As the Oscars themselves, there’s something for everyone. This TCM all things Oscars festival kicks off on February 1 with Alice Adams (1935) and ends on March 3 with Giant (1956). And there’s a lot to look forward to in between.

“One thing seems to stir the souls of our Turner Classic Movie loyalists like no other: the 31 Days of Oscar salute.” – Robert Osborne

This year, we will host all the contributing entries the weekend of the Oscars. That is from Friday, February 22nd through Sunday, February 24th, wrapping up just in the nick of time to watch the Oscars ceremony. We’re also combining all topics this year and simply presenting them over the three days. Any Oscar-related topic is fair game. We are not limiting this event to classic film fare as we’d like to see entries covering the entire span of the 9 decades history of Oscar, including this year’s nominees. To help get you motivated, here are categories we have used in the past…

Most of you know the drill, but as a reminder, adhering to the following is necessary:

We look forward to hearing from you and to reading your entries. As many entries as you want, actually, so get to it!

Until then here’s to Oscar, to TCM and to YOU!

Pop Culture Pundit – Crash (2004), the controversy and the snub

Danny Reviews – Top Five Acting Nominees that Should Have Won

Stars and Letters – A Letter Concerning the 37th Academy Awards

In the Good Old Days of Classic Hollywood – The Heiress (1949) 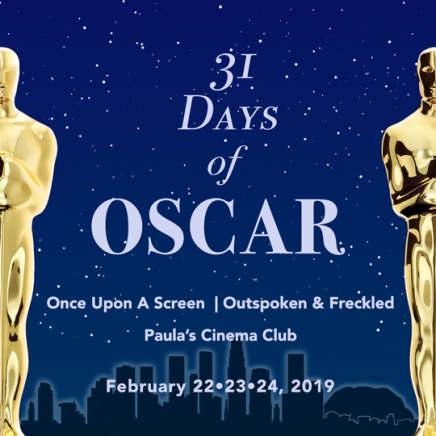