There ‘s only been one Myrna Loy, a woman who possessed a beauty and talent that are the stuff of legend. Her impeccable style, dramatic flair and comedic timing make her a perennial favorite. Ms. Loy would have celebrated a birthday today and I can’t let the day slip by without posting something in her honor – here’s Myrna Loy on the radio.

To kick things off here are two Leo on the Air radio shorts. These were 15-minute promotional shorts of upcoming MGM movies. Leo on the Air should not to be confused with Hollywood on the Air, which promoted upcoming movies from all studios and later included rebroadcasts of Lux Radio Theatre shows on Armed Forces Radio. The Leo on the Air productions are (basically) on-air previews much like  movie trailers except for radio. They’re also just as enjoyable if you go for that sort of thing, which I do.

Leo on the Air short for “Parnell” starring Clark Gable and Myrna Loy: 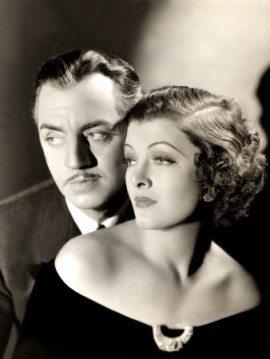 “I never enjoyed my work more than when I worked with William Powell. He was a brilliant actor, a delightful companion, a great friend and, above all, a true gentleman.”

“Nora of “The Thin Man” was different . . . Nora had a gorgeous sense of humor; she appreciated the distinctive grace of her husband’s wit. She laughed . . . at him and with him when he was funny. What’s more, she laughed at herself. Besides having tolerance, she was a good guy. She was courageous and interested in living and she enjoyed doing all the things she did. You understand, she had a good time, always.”

From June 17, 1940 the Lux Radio Theatre presentation of “After the Thin Man” starring Powell and Loy:

From January 15, 1939 Myrna Loy in “Debutante,” a presentation of The Silver Theater: 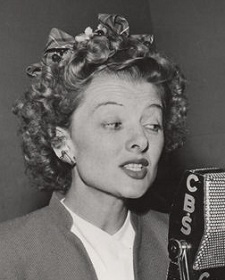 Following is the first of three appearances Myrna made on the TV anthology series, General Electric Theater, which ran from 1953 to 1962. The series was hosted by Ronald Reagan. This episode, “It Gives Me Great Pleasure” stars Loy alongside Zachary Scott and special guest, Robert Preston:

For Gable it’s Harlow or Loy in Wife Versus Secretary

The Best Years of Our Lives

October 19, 1950: Ingrid Bergman shielded from fans as she attends the inauguration of New Theatre in Milan
Gloria Swanson in 1924, published in Vanity Fair
Loading Comments...
%d bloggers like this: