In less than two weeks I’ll be joining friends at Capitolfest in Rome, New York. Sitting in a darkened 1928 movie palace – listening to the sounds of a Möller organ – watching silent and early talking pictures I’ve never seen – that’s what memorable weekends are made of.

This year’s Capitolfest is the event’s 15th incarnation and my fifth immersion into cinema the way it was meant to be. Before I get to this year’s festival, however, I thought I’d share highlights from previous years. This is my fifth Capitolfestiversary after all…

2013 interview with Art Pierce, the Executive Director of the Capitol Theater.

2014 interview with then Manager, Jack Theakston.

The schedule for Capitolfest 15, which runs from August 11 through the 13, is available here. So far movies span from about 1918 through the mid-1930s. As always Capitolfest programmers plan on a full dose of original, classic presentations of film shorts – including a new restoration of Laurel & Hardy’s The Battle of the Century (1927) – newsreels and features with live organ accompaniment on one of the few surviving fully working Möller organs.

Every year I arrive in Rome with an open mind and Capitolfest fills it with treasures. This year I expect much of the same since Fay Wray is the featured star and I’ve seen only a handful of her movies. I’m probably partially responsible for what Wray wrote to King Kong in her autobiography, On the Other Hand: A Life Story, ”I admire you because you made only one film and that became famous, whereas I made 75 or 80 and only the one I made with you became really famous.” Clearly it’s my loss. When Wray made King Kong she was 26 years old and had been working in movies for a decade. She appeared in 11 movies in 1933 alone, which is really something. Thankfully I’m getting the opportunity to correct this oversight in Rome. 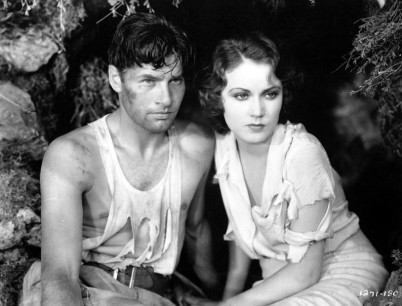 Aside from the various Fay Wray vehicles on tap this year there are two movies I am particularly excited about. The first is John W. Considine Jr.’s Disorderly Conduct (1932), a rare Fox pre-code starring Spencer Tracy, Sally Ellers, El Brendel, Dickie Moore, Ralph Bellamy and a host of other classic greats. The second is George Abbott’s The Sea God (1930) starring Richard Arlen, Eugene Pallett and Miss Wray. It’s been my experience that anything featuring Eugene Pallette is worth the price of admission.

Also worthy of note is that the Capitolfest experience now also includes additional screenings at the Cinema Capitol, a digital sister cinema next door to the historic main attraction. And then there’s the dealer’s room, which means you should probably have some extra cash at hand for books and posters and whatever else tickles your classic fancy.

There’s still plenty of time to get tickets to this year’s Capitolfest. Believe me, it’s well worth the money even if you miss the “early bird” registration prices, which end today.

I’ve been covering Capitolfest on this blog and across social media – via @CitizenScreen and Citizen Screen on Twitter and Facebook respectively – since I first stepped foot in Rome five years ago. As such I don’t think it’s necessary for me to state – yet again – why all classics fans should be visiting Rome, NY every August. Instead, I’ll end this post celebrating the fifth anniversary of my discovering this gem – or the gem discovering me – with the words of other Capitolfest attendees…