An opportunity to share images of classic stars?  I’M THERE!  And what better guide to follow than TCM’s Summer Under the Stars (SUTS) festival during which the network dedicates each day of the month to a different, classic star.

Mind you this is on the heels of the Summer of Darkness festival, which has been epic both on the film front and due to the Into the Darkness: Investigating Film Noir course, which offered over 20,000 movie fans the opportunity to learn and interact while enjoying the best films noir ever made.  I can barely catch my breath and it will indeed be a challenge to clear my DVR to prepare for the Stars in August (because that’s tomorrow!)

I gotta get to it so here’s the gallery and my main pick for each day chosen (mostly) from new-to-me offerings.  Rather than these being “picks” from a ‘favorite’ standpoint most are the ones I’m looking forward to seeing for the first time.  You’ll notice that I linked to each individual star’s TCM schedule directly so you can choose your own favorites or make note of the ones you’re most looking forward to.  And let me know!  Film details are available as are biographies of each of the stars on the TCM SUTS site.  I warn that you may need another month just to get through those pages.  They look terrific! 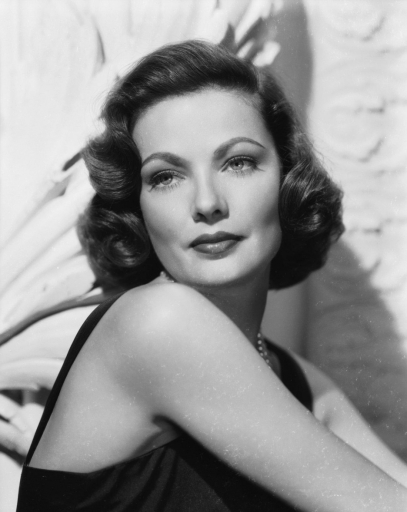 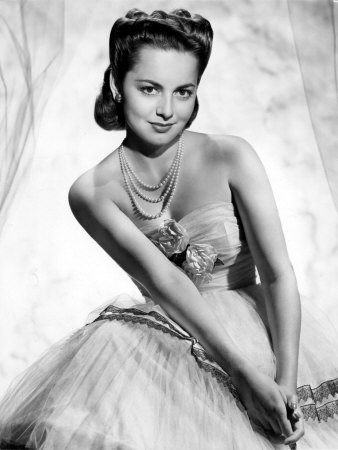 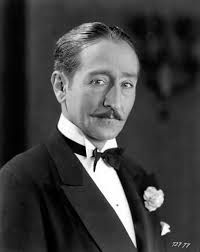 Pick: THE ACTRESS (1953) – this movie sounds fantastic!  Anthony Perkins’ film debut and based on Ruth Gordon’s fascination with acting. 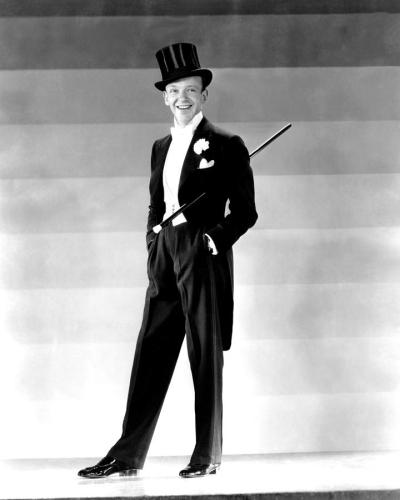 Pick: THE GAY DIVORCEE (1934) – I’ve seen all the Astaire offerings, but this is my favorite of his pairings with Ginger Rogers and always a treat. 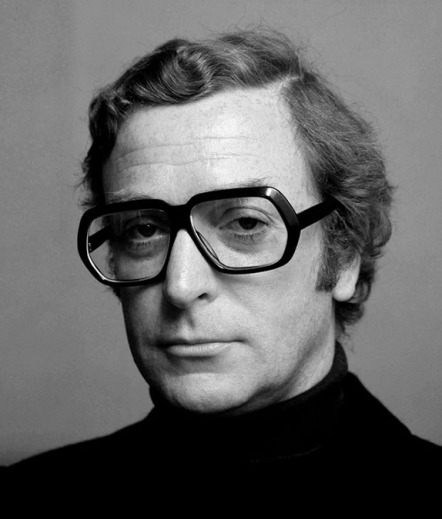 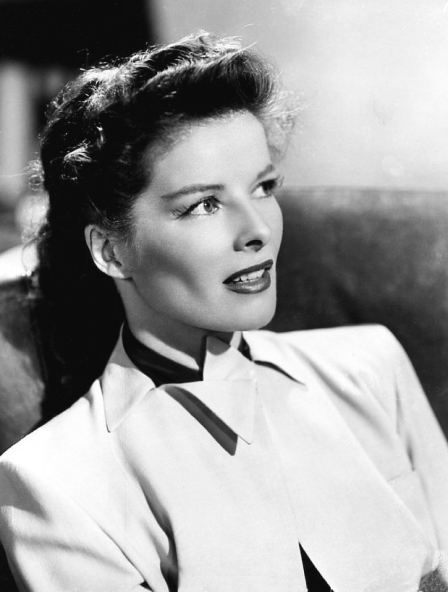 Pick: QUALITY STREET (1937) – the only Kate day entry I haven’t seen and directed by the great, if under appreciated George Stevens! 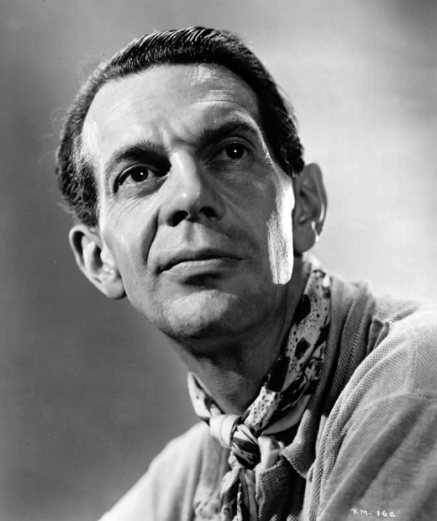 Pick: THE SCARLET PIMPERNEL (1935) – I’m rather surprised I’ve seen all Massey offerings so I’m going for the one I haven’t seen in quite some time.  Not an easy pick though. 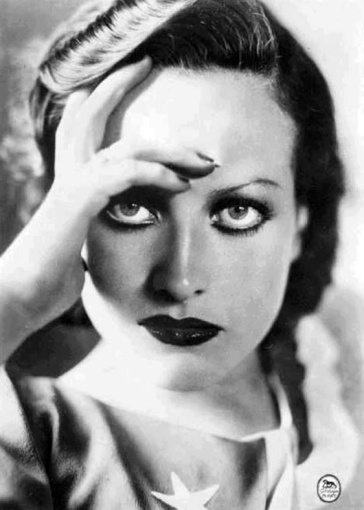 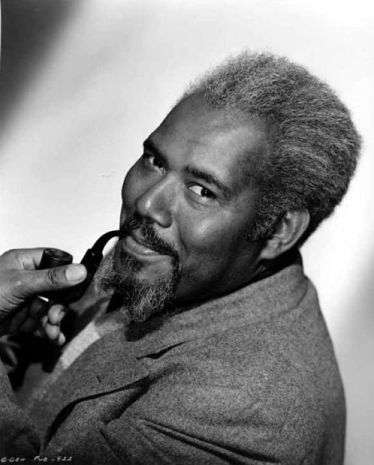 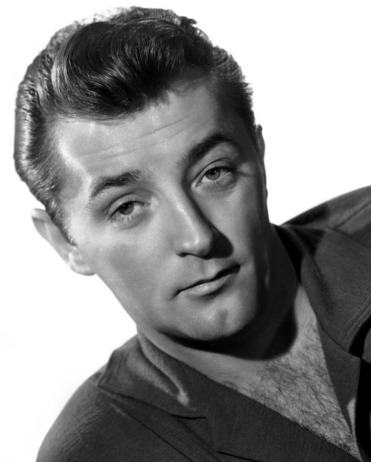 Pick: MY FORBIDDEN PAST (1951) – anything that has Mitchum and ‘forbidden’ in it is a must! 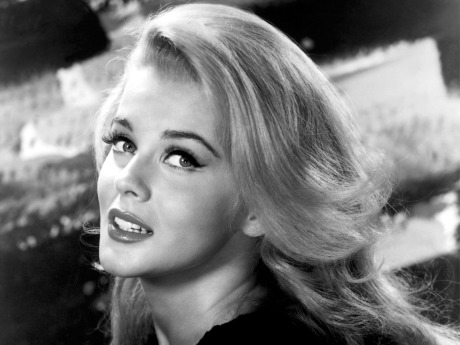 Pick: VIVA LAS VEGAS (1964) – I’ve seen all the movies scheduled on this day so I must go for Ann-Margret’s hot pairing with Elvis.  Of course!  I’ll probably set my DVR to record this entire day, however, to see if I can catch the Roosevelt lobby interview with Ann-Margret conducted by Ben Mankiewicz at this year’s TCMFF.  I’m hoping they’ll air it.  While I was lucky to get a good look at the lovely Ann-Margret that day I was too far to hear any part of the interview. 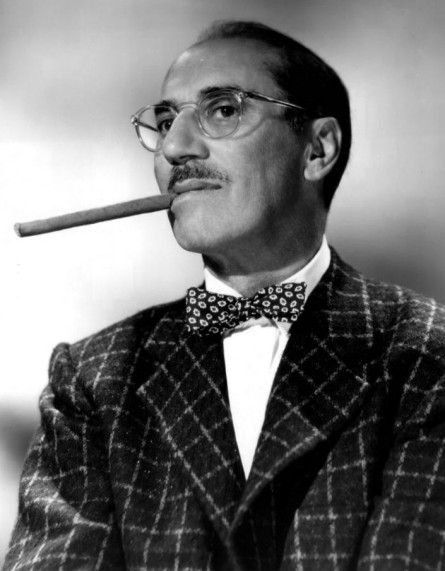 Pick: THE STORY OF MANKIND (1957) – this is an entirely irresistible day, but I went with the only new-to-me movie on the schedule. 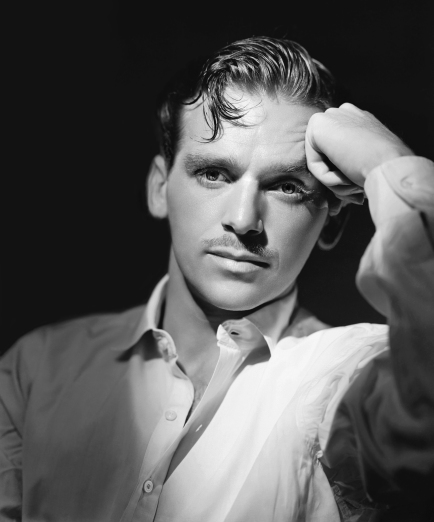 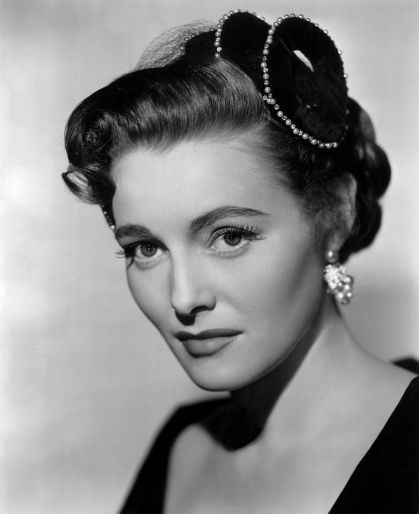 Pick: THE BREAKING POINT (1950) – I’m particularly happy about Miss Neal day!  She was such a truthful actress and always delivered affecting performances.  This movie pairs her with John Garfield so I’m expecting fireworks! 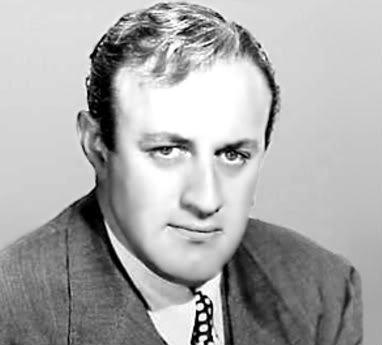 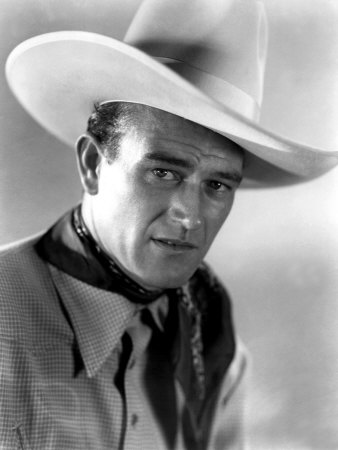 Pick: THE QUIET MAN (1952) – I’ve seen all entries slated for Duke day so I must recommend this gorgeous classic pairing with Maureen O’Hara. 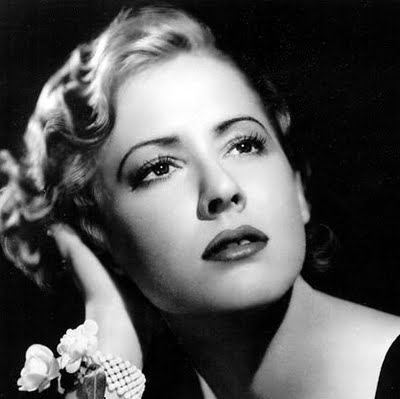 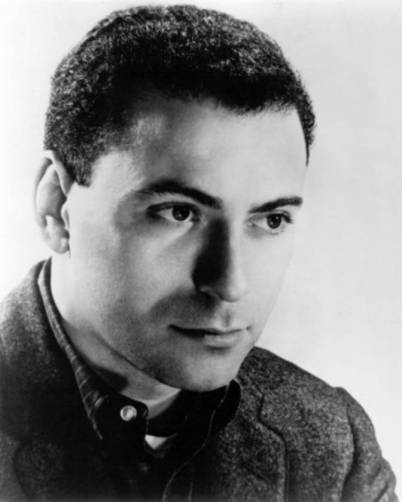 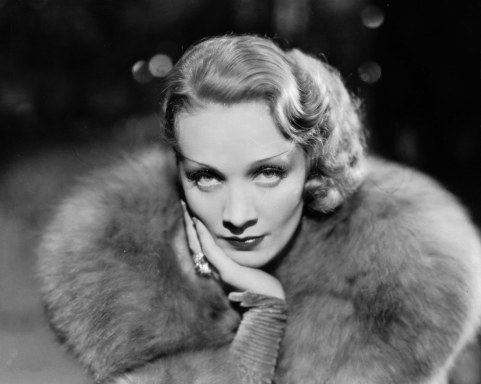 Pick: MANPOWER (1941) – Although I’ve seen all the films scheduled on Dietrich day I’m excited to just sit and watch her fabulousness for 24 hours.  I chose this particular movie because it’s been a long time since I’ve seen it and a dose of Dietrich with Edward G. Robinson is movie heaven. 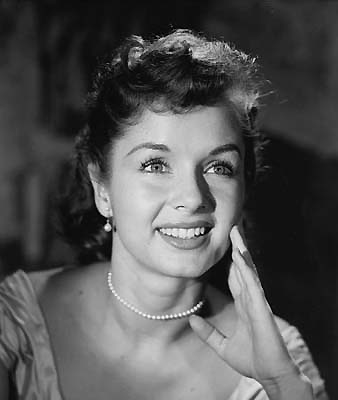 My pick: MR. IMPERIUM (1950) – This is the only film I haven’t seen from the Reynolds schedule and it sounds juicy. 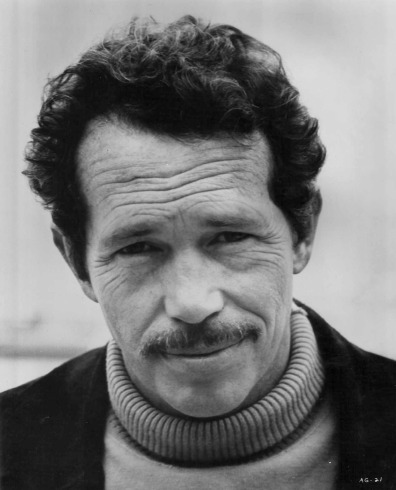 Pick: THE RISE AND FALL OF LEGS DIAMOND (1960) – A Budd Boetticher-directed movie about racketeering.  Can’t miss! 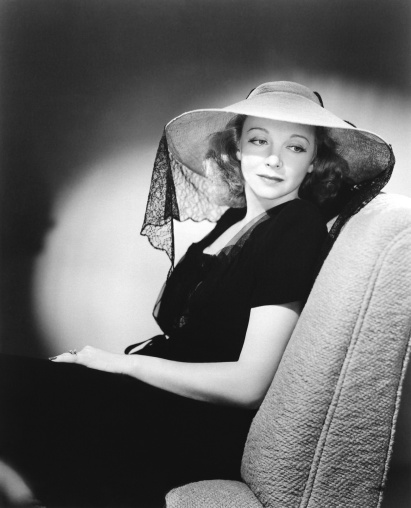 Pick: DOWNSTAIRS (1932) – there are four new-to-me films scheduled on Virginia Bruce day, but this is the one that sounds like the most fun – a pre-code co-starring John Gilbert and Paul Lukas. 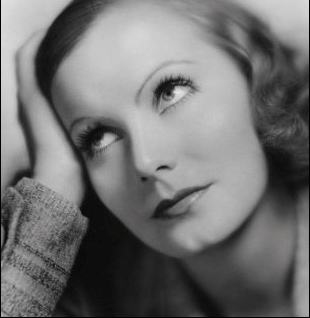 Pick: THE TEMPTRESS (1926) – co-starring Antonio Moreno this is on e of two silents I haven’t seen on Garbo day, but it’s the one that sounds most tempting. 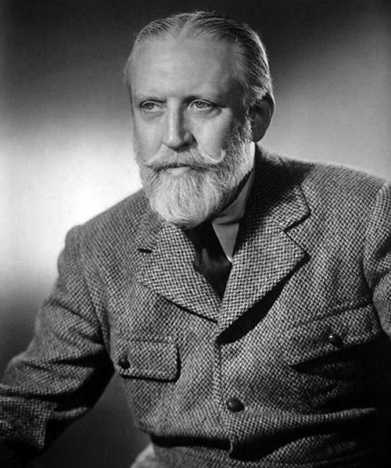 Pick: LIVE, LOVE AND LEARN (1937) – Robert Montgomery and Rosalind Russell to start.  I’m looking forward to this one! 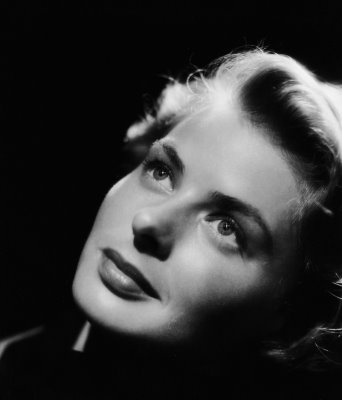 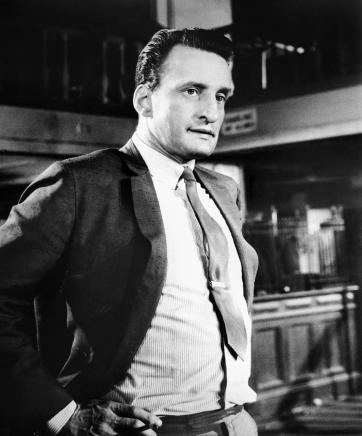 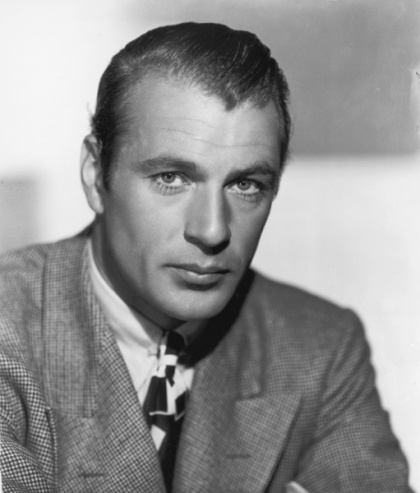 Pick: TODAY WE LIVE (1933) – another pre-code I haven’t seen scheduled during August and this one co-stars Joan Crawford! 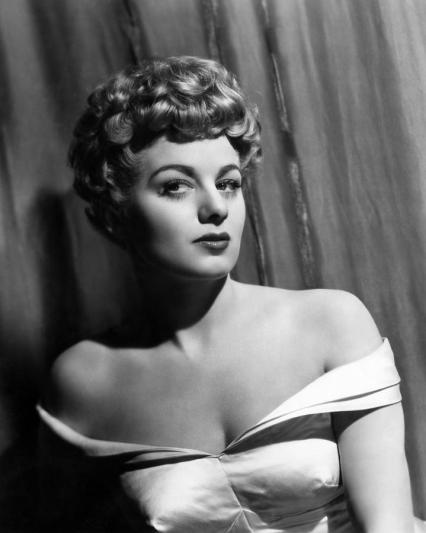 Pick: HE RAN ALL THE WAY (1951) and MY MAN AND I (1952) – I am a fan of this fantastic actress, but you say ‘Shelley Winters’ to me and the first thing that comes to my is bad choices in men.  Poor Shelley rarely got a good guy in the movies!  My Winters picks are new-to-me and co-star John Garfield and Ricardo Montalban respectively.  We’ll see how those relationships work out.

And there you have ’em – a fantastic array of heavy hitters and lesser known talents that are overdue for the spotlight.  I think this is as varied a field as TCM has had in a while.  You have a wide range of decades represented, all genres spotlighted plus grit, laughs, tears, crime and romance.  There’s a lot to look forward to.

The lovely and talented Kristen Lopez will be hosting the ‘Summer Under the Stars’ blogathon this year over at Journeys in Classic Film and the blogging world couldn’t be happier.  This event is fantastic fun so be sure to visit her site throughout August to access submissions on many of the stars and movies featured on TCM.

From 2013, Robert Osborne and @cher at #TCM for Friday Night Spotlight “A Woman’s World: The Defining Era of Women in Film”
I’ve shared this before, but popped up on my phone again now.
Loading Comments...
Comment
×
%d bloggers like this: