The 13th installment of Capitolfest is a mere few days away…

I’d say there’s no greater sign of super geekdom in classic movie circles than to find images of movie reels in protective gear among the most precious one could lay eyes on.  I’m one of those geeks, of course, and in a few days I will be surrounded by others of my ilk in a darkened 1928 movie palace feasting on rarely-shown and newly-discovered films of the silent and early talkie era.  This is the goldmine that is Capitolfest, which has an ever-expanding audience with registrations up more than twenty percent from last year (as of last week).  If you’ve not been able to make the journey to Rome, New York I strongly suggest you include the three-day festival in your vacation plans.  It’s a guaranteed and affordable great time.  And did I mention the Capitol’s original Möller theatre organ?  Well, it’s a doozie providing accompaniment to the silents and musical interludes between screenings played by world-renown silent movie musicians.  Much of the magic of the weekend is due to this classic instrument. 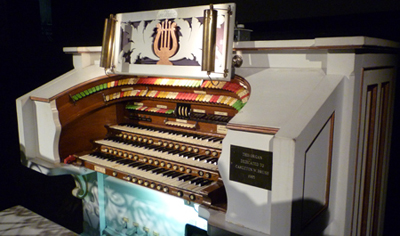 Thanks to Jack Theakston, Assistant Manager of the Capitol I got a sneak peek at the final program for the festival and as always it’s replete with classic film-related information.  Jack does a superb job of writing and/or gathering background information for each film screened so that when the lights dim you’ve the opportunity to watch as an informed cinephile.  Not that it’s a necessity to do so, however, the films are what matter and as has been my experience thus far no one walks away disappointed – fan and historian alike.  The only thing that (perhaps) beats the movies themselves, is sharing them with friends and like-minded fans.  Nothing beats listening to and taking part in applause after a classic film screening, showing appreciation for film art in a venue that offers the opportunity to watch them as seen when first released.  My friend Nora better known as @NitrateDiva on social media couldn’t have said it better when she tweeted…

“Watching rare, pre-code films on 35mm in a ’28 movie palace with friends is about as good as life gets.”

I’m looking forward to spending time with Nora and her mom, Coleen (@MiddParent) and other friends and bloggers who’ll be in attendance – Annmarie of @ClassicMovieHub, Kellee of @Irishjayhawk66, Beth of @missbethg, the folks from @tosilentfilm, Caren of @CarenKayF, Bill of @auggiewren, Mike of @MikeSparrow2 and several others I’ve met through the years.  Add to that list the fantastic staff and volunteers of Capitolfest who couldn’t be more welcoming.

Two final shout outs for now – first to Bob Furmanek who will be at Capitolfest as well.  Bob is not only award-winning producer, writer and motion picture archivist/historian, but also a friend.  Oh – and the Executive Director of the 3-d Film Archive whose latest bluray release, the newly restored 3-D Rarities is fantastic!  I was able to attend the MoMA premiere and shared my thoughts on the screening here.

My final shout out (for now) goes to Doug Swarthout, Capitol Theatre board member and proprietor of the Berry Hill Bookshop in Deansboro, NY. Doug has in the past set up a display of his movie books and memorabilia in the lobby of the Capitol Theatre during the festival that I look forward to almost as much as the movies every year.  I believe this year the Berry Hill Bookshop display will part of the first ever Capitolfest dealer’s room situated adjacent to the Capitol, which is another reason to be excited.  More dealers!

Also new at Capitolfest 13 is a Thursday Night Mixer for early arriving festival attendees.  The evening’s pre-festival celebration includes a special screening during which film archivist Eric Grayson will present ninety minutes of rare and unusual shorts.  There are two screenings of the shorts scheduled, but seating is limited so if you haven’t reserved a seat do so now by calling (315) 337-6453.  The Thursday night screening will be at Cinema Capitol, the Capitol Theatre’s new screening room, which I’ve yet to see.

Anyway, I intended this pre-festival post to be short and sweet, but as you can see there’s a lot to be excited about so I can’t help but ramble.  I’ll stop here with the ‘information’ portion and urge you to visit and “like” the Capitolfest Facebook page for the latest updates up to and throughout the festival.  If you are interested in attending Capitolfest, but haven’t made reservations here’s the Box Office number (315) 337-6453.

Surprisingly (not) I’ll be all over social media with festival pictures and news as things happen throughout the weekend so you may be interested in following me on Twitter @CitizenScreen, on Facebook at the Citizen Screen Page and on Instagram as ‘Citizen Screen.’   I’ll be back on this blog with a recap after the festival’s over.  At that time I’ll also share links to other blogger pages who cover the event.

Capitolfest features a “tribute star” each year and several of their films are showcased throughout the weekend.  This year the honored actor is Nancy Carroll, star of Paramount Pictures who (incidentally) passed away on August 6, 1965 making the weekend an anniversary tribute in a sense.

I’d planned on mentioning the screenings I’m most looking forward to, but after reviewing the schedule I realized I may have only seen two of the films to be screened.  As has been the case in previous years Capitolfest 13 will prove an invaluable early film learning experience for me.  In total there will be twenty-eight (or so) screenings including cartoon shorts and newsreels, which are always a treat.  If I absolutely had to choose the one film I am most excited about it would have to be the new restoration of Edwin Carewe’s Ramona (1928) scheduled during the Saturday evening session.  Preceding the screening will be a presentation focusing on the various film versions of Ramona and the restoration of the 1928 film given by George Willeman, Nitrate Vault Manager at the Library of Congress.  As if that weren’t reason enough for excitement – I have never seen Dolores Del Rio on a big screen! 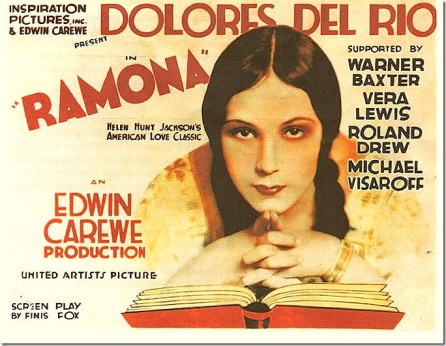 There you have my pre-Capitolfest musings.  I leave you with one more reminder – the Capitol Theatre is home to events well beyond classic film and a special weekend in August.  Go here to check out the schedule of events.  It’s important to support the few, classic movie palaces we have left.  Support the Capitol Theatre! 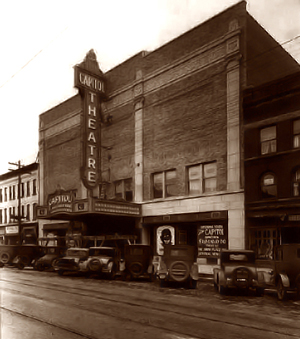