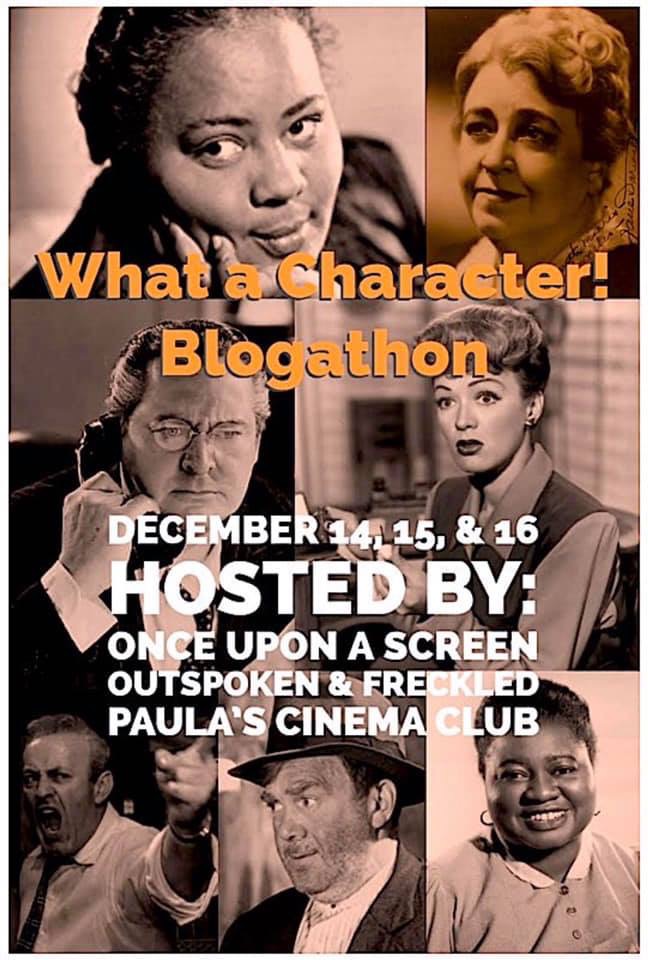 Today we bring you the first day of the 7th annual WHAT A CHARACTER! BLOGATHON, hosted by yours truly and my fellow co-hosts, the classic film loving ladies: Paula of Paula’s Cinema Club @Paula_Guthat and Aurora of Once Upon A Screen @CitizenScreen.

As promised, this annual event celebrates the character actors. Those unsung heroes of the silver screen, those familiar faces who often steal every scene from the leads… we salute you! Whether it’s the frustrated hotel manager, or sharp-witted maids, perhaps a sassy sidekick, or even the best friend… in so many ways, the character role is often our favorite, albeit small, performances of a film. We have invited bloggers to scribe on their favorite characters. Here they are!