As I walked into the building where I work a few days ago I ran into a learned colleague who also happens to be a classic movie fan. “So, what’s next on your blog,” he asked and I responded, “The Wild Party directed by Dorothy Arzner.” “WHO?,” he quickly asked. And therein lies the rub and the reason why you need to visit The Early Women Filmmakers Blogathon hosted by Movies Silently.

It’s 1929. Clara Bow had been making pictures for five years and was already dubbed “The Brooklyn Bonfire” and “The Hottest Jazz Baby in Films.” Her popularity would soar to the stratosphere, however, with Clarence Badger’s It in 1927. Bow further impressed by co-starring in William Wellman’s Wings that same year, the film that went on to become the very first winner of the category of Best Picture, then called “Best Production.” Also released in 1927 is personal favorite, Frank Lloyd’s Children of Divorce co-starring Gary Cooper and Esther Ralston. 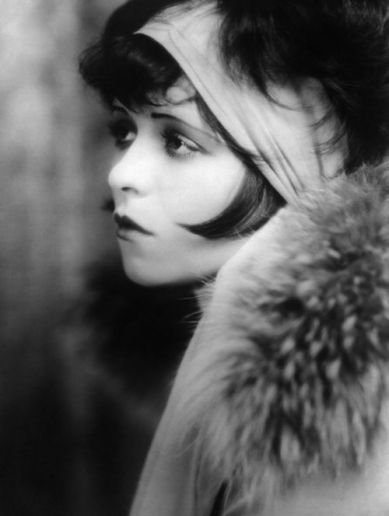 Portrait of the IT girl 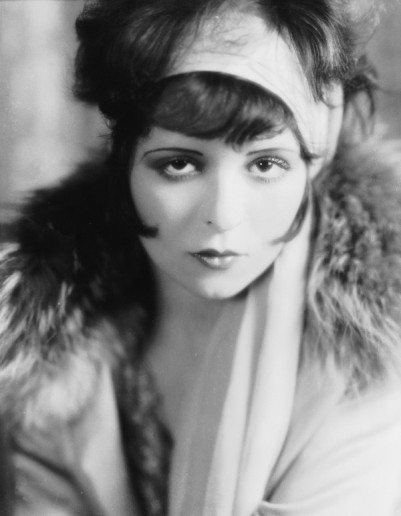 Portrait of the IT girl

Ms. Bow enjoyed a singular wave of success for the rest of the silent era. As one of the first actors to bring unabashed sex appeal to the screen, Bow’s influence as the quintessential flapper cannot be overstated. Audiences adored her and the good-time girl she invariably played. The Motion Picture Almanac of 1929 lists Clara Bow as the top money-maker of 1928 among all feminine stars. What all this means for our purposes is that taking the plunge to talking pictures for such a popular star had to have everyone more than a bit nervous. Clara Bow may not have been too popular with studios executives on a personal level if one is to believe the stories, but they were certainly happy about the money she brought in. And to ensure this continued into talking pictures they had to hire a director to guide her, a trusted and capable hand. That director was Dorothy Arzner.

Dorothy Arzner worked her way up to director through a variety of positions at Famous Players-Lasky, later Paramount Famous Lasky Corporation. She started in the script room, moved to editing and before long had directing in her sights while also moonlighting as a scriptwriter. Arzner decided to give Paramount an ultimatum, she’d go to another studio unless she was given an “A” picture to direct. The studio complied by giving her Fashions For Women starring Esther Ralston in 1927.

Ms. Arzner would direct a total of eleven pictures for Paramount, the last of which is The Wild Party (1929), Clara Bow’s first talking picture. Although The Wild Party is best remembered for that Bow distinction it is considered an important film in Arzner’s filmography as well. The director not only ensured a spirited performance from Bow during what was a difficult period of transition, but she also invented the boom microphone in the process. What a slacker! The story goes that in order to allow Clara Bow the freedom to move about at will, Arzner had the microphone attached to a rod and had it hung above the actress. This was so innovative it’s still used today.

“Clara’s voice is very Bow – no accent, no affectation; just natural, wild, spontaneous and untamed like the red-head kid herself. You won’t be disappointed; you’ll like her even more because she is all the more – herself.” – Screenland, 1929

I don’t agree with the Screenland reviewer on the ‘no accent’ part of their quote, but I agree that the voice adds to the enjoyment of Bow in this. The Brooklyn-born actress’ delivery in The Wild Party is true to her roots, but also ideal for the character she portrays. The voice is actually in perfect sync with Bow’s ability to switch from glee to pout in a New York minute.

The Wild Party spotlights Clara Bow as Stella Ames, a student at a girls’ college who prefers partying to studying. AND HOW! As one of the 1929 ads referred to Stella and her friends, these are “Co-eds making whooppee!” Stella’s steam is somewhat diminished, however, when she falls for anthropology professor James Gilmore (played by a young, mustachioed and enjoyable Fredric March). Professor Gilmore falls for Stella just as hard as she for him, but makes it a point to remind her that her choices in life thus far are troublesome, “Life to you is just one wild party. You have no aim. All you want is cheap sensation.”

You’ll have to watch The Wild Party yourself to see how Stella and the Professor work things out, but know this is a fun ride that offers plenty to satisfy the pre-code fan in Clara Bow style. Thanks to Dorothy Arzner there’s dramatic substance in this as well as gossip and misunderstandings threaten relationships.

Given the height of Clara Bow’s popularity at this time it’s always sad to be reminded that she would only be in pictures until 1933. Ironically, the party girl persona she was best known for would be her undoing as gossip and scandal overtook her career. Still, she’s so enjoyable to watch – an energy that jumps off the screen – that I think even people who are not drawn to classic movies would get a kick out of watching her.

The Wild Party follows a theme present in most (if not all) of Dorothy Arzner’s movies. That is, independent, strong women exemplified in films like Christopher Strong (1933) starring Katharine Hepburn and my favorite of her films, Dance, Girl, Dance (1940), which has a fantastic cast led by Maureen O’Hara and Lucille Ball. Sadly, Dance, Girl, Dance was Arzner’s penultimate film.

Dorothy Arzner never received awards – honorary or any other kind – during her career, which is quite astounding given she was the only woman directing movies for much of her career. Arzner left Paramount to direct on a freelance basis in 1932. She then directed for RKO, Columbia, United Artists and MGM. (WFPP)

I think Dorothy Arzner deserved recognition during her career for several reasons not the least of which was that she did quality work. Perhaps more impressively was the fact that she managed to penetrate otherwise impenetrable barriers. So to my colleague who doesn’t know who Dorothy Arzner /iswas I echo the words of Katharine Hepburn who sent a telegram when Arzner was honored by the Director’s Guild of America in 1975. (Variety) – “Dear sir, Dorothy Arzner was a woman who forged a great career when women had no right to a career at all.”

This is my contribution to The Early Women Filmmakers Blogathon hosted by Movies Silently. Be sure to visit!

Before he reformed into “Cannon,” William Conrad was one of THE KILLERS (1946)
Gracie Fields and Maurice Chevalier chatting prior to their topping the bill at the Anglo-French concert for servicemen at London's Drury Lane Theatre in 1940.
Loading Comments...
%d bloggers like this: