Last year I dedicated a post to The Conga Line for Hispanic Heritage Month, which was so much fun that I decided to spotlight another dance as part of this year’s celebration.  There are many entertaining Latin dances to choose from, which made narrowing the choice a bit difficult, but as soon as the elegant and dramatic tango came to mind my choice was made.

The tango never fails to mesmerize and I’m betting images alone will whet your appetites for more.  My initial intention for this post was to present a brief history of the tango followed by images of some of the dance’s classic movie connections.  However, I soon realized that the more I read about the tango’s history, the more I realized its journey is a complex one so I’ll stick to the basics and allow you to peruse the details of its history if you wish via a link provided below.

According to Shared Roots the tango originated on the border of Argentina and Uruguay in the 1890s. The dance soon became popular among the lower classes in the capitals of both countries before spreading to all levels of society in the early 20th century.  It was during the 1910s that the tango became a hit in Europe as Argentinian dancers performed there.

For our purposes suffice it to say that the tango made its lasting mark in America during the 1920s.  Latin music in general rose in popularity and as was the case with other genres the tango became a part of Broadway shows and movies.  Composers like George Gershwin incorporated tango rhythms into their songs and popular bands like Xavier Cugat and His Gigolos regularly played tangos as part of their repertoire.  The Argentinian tango, which is the one I think most are familiar with, took hold across the country when Rudolph Valentino danced in Rex Ingram’s The Four Horsemen of the Apocalypse (1921).

That scene and Valentino became sensations and thanks to it the Argentinian tango led to the development of a new, Americanized style, which is the tango seen in most Hollywood movies.  Don’t ask me to describe the differences, but if you watch a few videos you can see the Argentinian tango that has remained unscathed by Hollywood is much more romantic and affecting.  That’s not to say, however, that the tango as seen in movies is not enjoyable because I think you’ll agree the dance scenes I include here are forever entertaining.

Two other thing before we get to the galleries – I’m including only a relative few clips of my favorite tango scenes in the movies.  Hollywood’s love affair with the tango continues to this day.  Also, it’s worth mentioning that although Valentino popularized the tango on a grand scale, the following clip from Mack Sennett’s Keystone Studios Tango Tangles (1914), which stars Roscoe “Fatty” Arbuckle, Charles Chaplin, Ford Sterling, Chester Conklin and Minta Durfee, shows that the tango was in the movies well before Valentino’s famous scene.

For more on the history of the tango click on the following image: 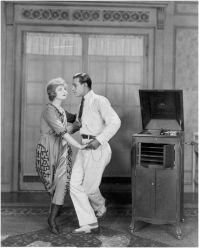 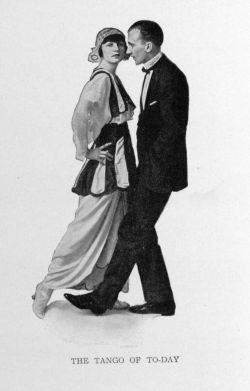 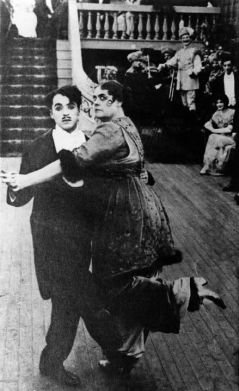 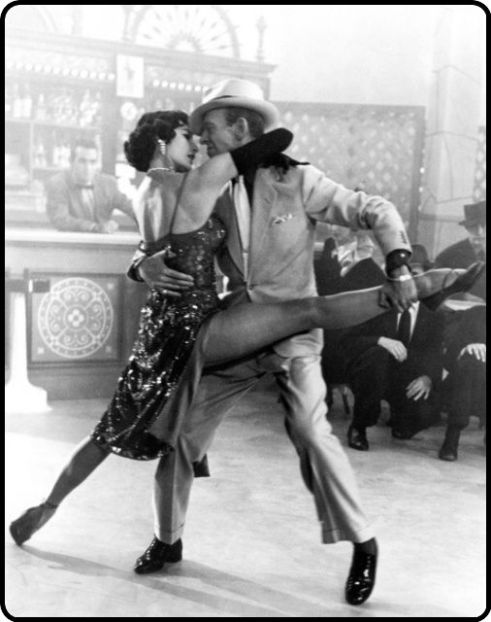 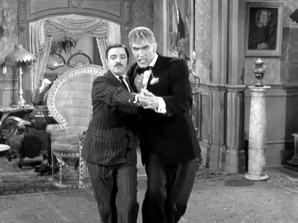 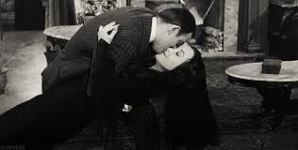 Valentino’s tango scene with Alice Terry in The Four Horsemen of the Apocalypse (1921).

The French Tango, Made Easy (1927) from British Pathé offers some guidance:

Tango scenes from the Argentine film, ¡Tango! (1933) directed by Luis Moglia Barth – note the comments available on YouTube, which explain the poor sound quality.  Still worth a watch.

Go to 3:34 to see a beautiful Tango performed in  John Reinhardt‘s Tango Bar (1935) starring the voice of tango, Carlos Gardel.

I couldn’t decide which of the following George Raft tango scenes to include because I like them all so you get three:

And from 1949 Raft and Marie Windsor tango in Robert Florey‘s Outpost in Morocco:

Another scene I love comes from the episodic, Italian directorial collaboration, L’amore in città (Love in the City) (1953).  Start at about 0:27 when non-professionals gather to tango.

In Billy Wilder‘s Some Like it Hot (1959) Daphne and Osgood Fielding III get to know each other by way of the tango.

Finally, here’s the Tango scene from Martin Brest‘s Scent of a Woman (1992).

This is merely a sampling of enjoyable movie tango scenes, but there are numerous to choose from. As an aside, I wanted to share a Fred and Ginger clip because I know they danced at least two tangos, but I couldn’t find the specific sequences to share.

I hope you enjoyed this as much as I did putting it together.  I want to tango now!

Real-life tango afficionado, Robert Duvall in a lovely scene from his own, Assasination Tango (2002).

Click on the following image to learn more about #DePelicula 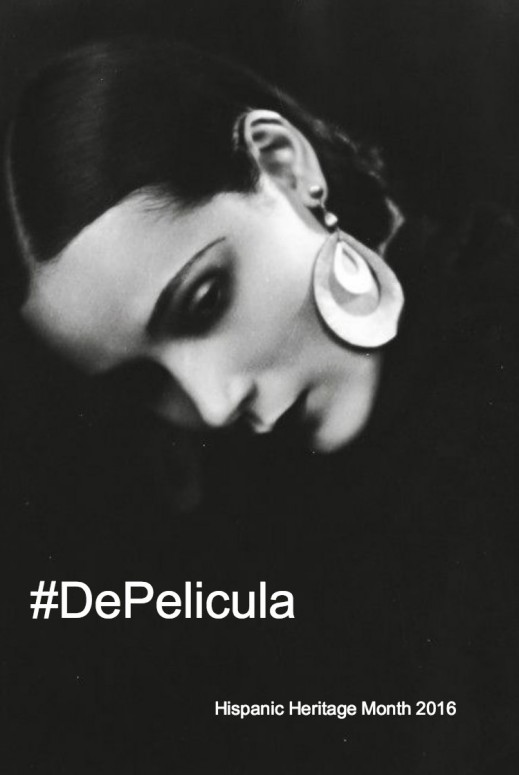