He had it all – impeccable comedic timing, an authoritative, urbane voice, looks that made ’em swoon with a manner unique to classic Hollywood, a lasting screen presence, and undeniable talent.  His career spanned four decades, starting in the silent era with a supporting role in Albert Parker’s Sherlock Holmes in 1922 and culminating with Ford/LeRoy’s Mister Roberts in 1955.  Best known for the romantic comedies in which he starred, several of which are among the best, he more than carried his own in dramas, mysteries and thrillers as well.  I don’t think he broke a mold, but rather made his own by becoming the epitome of worldly style.  He was William Powell, charming sophisticate, and this post is to celebrate him on the anniversary of his birth on July 29, 1892.

Powell was nominated for three Oscars.

“The important thing is the rhythm. Always have rhythm in your shaking. Now a Manhattan you shake to fox-trot time, a Bronx to two-step time, a dry martini you always shake to waltz time.”

…in 1936 as the title character in Gregory La Cava’s, My Man Godfrey…

“Tommy, there’s a very peculiar mental process called thinking – you wouldn’t know much about that – but when I was living here I did a lot of it.”

…and in 1948 for his portrayal of the head of the family in Michael Curtiz’, Life with Father.

“They can’t keep me out of heaven on a technicality!” 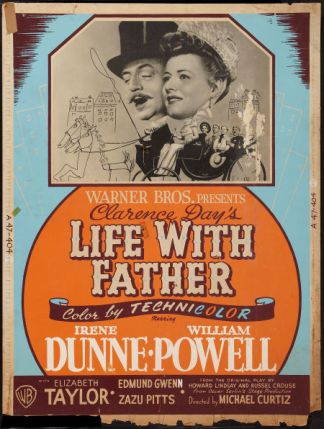 Bill had a way with a fedora…

…and with the ladies

He was one of a kind.

“Bill Powell is the only intelligent actor I’ve ever met.” – Carole Lombard

You didn’t have to see him to enjoy him either (although preferred no doubt).  Here is Bill Powell in two old-time radio comedies:

The Burns and Allen Show with guest star William Powell from February 1, 1944.  In this episode Gracie helps Bill with his insomnia.

“Unfortunately, or perhaps it is fortunate that I have always been forced to stand on my acting ability. I haven’t a personality such as Jack Gilbert’s, for instance, that attracts women and makes them like me for myself. When I am on the screen I must make them forget me entirely and think only of my acting.” 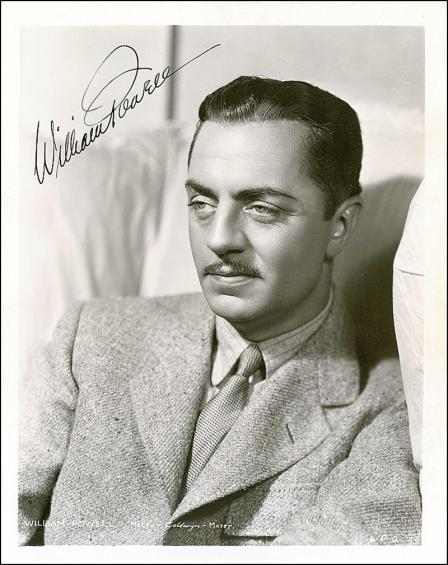