“What does that Mean?”

This year marks the fifth Turner Classic Movies Film Festival (TCMFF) and the second year I attend.  This is also the second year I publish my well-thought-out plan of action, which I share with you today.  And I can feel your excitement.  This is so well-thought-out in fact that I must warn you to read this at your own risk as it may well confuse you…and your little dog too.

The title of this post is taken from one of the most romantic scenes in film, which also happens to be in a movie I love, the one that deservedly beat Orson Welles’ Citizen Kane for Best Picture in 1942 and the one I am most looking forward to at this year’s TCMFF.  That movie is John Ford’s How Green Was My Valley and you should know my excitement about seeing it on a big screen would remain true even if Maureen O’Hara weren’t scheduled to introduce it.  You can read what I think about the film at length here.  But you add Ms. O’Hara to the screening of the film and the event becomes the one at the festival for which in order to attend I would trample old ladies and kick puppies.

How Green Was My Valley would have been my pick for one of the top family films to be featured at this year’s festival to adhere to the theme, Family in the Movies: The Ties That Bind.  Of course there are many films that fit the theme beautifully including my other “must,” which is also on the schedule and mentioned below.

As for the rest of the TCMFF schedule, it’s a doozie.  I thought deciding which film and event to attend would be easier this year, with it being my second year and all, but it turned out to be the opposite.  So, what follows, in case you’re interested, is my intended plan of action, which has changed in each of the several days since TCM released the festival schedule.  It’s only after considering the choices approximately 159 times that I feel comfortable sharing this tentative list, which is replete with unintentional misdirection and misguided confusion.  I think.

I’ll begin my TCMFF journey with an evening with Ginger Rogers. Or rather, a Rogers double feature.  First is Gregory La Cava’s 5th Avenue Girl*, which hasn’t been seen in decades followed by Garson Kanin’s Bachelor Mother featuring a special appearance by Grep Proops.

I had to fight off a potential conflict to start day two.  The question was straight forward – should I go the way of charm with Powell and Loy in W. S. Van Dyke’s The Thin Man (1934) or go for one of the greatest films by one of the 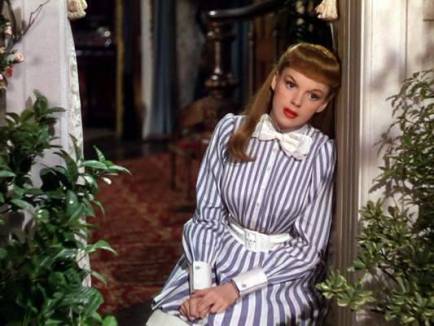 greatest directors who ever lived with John Ford’s Stagecoach?  The answer: the combination of The Thin Man and The Egyptian Theater is simply too hard to resist.  A martini for breakfast it is then.

Next I plan to head over to Grauman’s (now the TCL Chinese Theater IMAX) and the world premiere restoration of Orson Welles’ Touch of Evil followed by one of my life’s big screen musts, Vincente Minnelli’s Meet Me in St. Louis with the added bonus of Margaret O’Brien in attendance.   After this the day’s choices get really tough.  But before I continue I want it on record that I think scheduling Meet Me in St. Louis at the same time as both “A Conversation with Richard Dreyfuss” conducted by Illeana Douglas and the new-to-the-festival, “Ask Robert” segment is just plain mean!

OK so, the rest of Friday is …who knows! – I’m leaning toward the following set-up to allow a visit to Club TCM on this day: “A Conversation with Quincy Jones” at the Roosevelt, followed by Employees’ Entrance*, which I’ve never seen followed by one that is sure to give me nightmares, Eraserhead* to close out the day with the midnight screening, something I vowed to do.  And while that sounds fine and dandy a major, fabulous wrench that looks and sounds just like Mel Brooks is thrown into the mix.  Mr. Brooks in introducing Blazing Saddles for a 40th anniversary screening, which should really be a no-brainer choice.  But…

Another good possibility here is to go silent with Why Worry? starring Harold Lloyd, which will have live accompaniment instead of the Quincy Jones discussion, which means I won’t step foot in Club TCM on this day.  So, what to do?  And that’s not even mentioning that William Wyler’s The Best Years of Our Lives is screening at the same time as Blazing Saddles and Employees Entrance.  But why mention that?  I mean, seriously!

Tissues please – for the new digital restoration of Chaplin’s glorious City Lights.  Next, hoping I’m recovered enough, it’s on to another premiere restoration, Ishiro Honda’s Godzilla: The Japanese Original where a few of us have

agreed to meet and pay tribute to the king of the monsters.  Then the time arrives for me to enter El Capitan for the first time ever for John Ford’s How Green Was My Valley (chills) and (hopefully) a close look and listen to Maureen O’Hara.

After How Green, assuming I can still walk and talk I face another choice I haven’t quite figured out.  That is between The Nutty Professor and Jerry Lewis or Bell, Book and Candle and Kim Novak or Hat Check Girl without an actual hat check girl in attendance, but a movie I’ve never seen.

Right now I’m leaning toward Nutty for my mother’s sake because she’d get a thrill if I can send her a picture of Jerry Lewis.  But, we’ll see.  After that I’m leaning toward Jules Dassin’s The Naked City* another new-to-me film, but that one’s up against George Cukor’s The Women, which I love and have never seen in a theater.  So, basically I don’t know what I’ll do.  And if I’ve the nerve and stamina I’ll head over to see Freaks. Tod Browning’s movie, not other festival attendees.  Pa run pum!

It’s an easy choice for me to start this last day of TCMFF with Academy conversations: The Adventures of Robin Hood, which must be spectacular on the big screen.  After that I plan to head over to the Roosevelt and Club TCM for the “Judy Garland: A Legendary Career” presentation with John Fricke.  A Judy-packed hour is a must given how much I love this woman, but I must admit it’s more than a little painful to consider I won’t see Gone With the Wind at Grauman’s playing during that presentation.  In any case, from Judy I will likely watch Ford’s The Quiet Man at the multiplex and end my TCMFF 2014 screenings with a new restoration of Hitchcock’s The Lodger with orchestra accompaniment.

There it is. We’ll see how much of this plan I actually stick to, even if it is a mess.  While I try to remind myself it’s all about the movies there is also a certain anniversary to celebrate – TCM turns 20!  And I’m sure there will be a lot buzzing about in every nook and cranny of the festival route and in the Roosevelt’s lobby and on the stages of theaters.  It’s almost too much to take in.  Then there’s the matter of hope as in, I hope I get a chance to speak with Robert Osborne.  I hope I get to say hello to Ben Mankiewicz.  I hope I get the chance to spend time with old and new friends.  And I hope I remember to allow myself to soak it all in.  I will be a queen wherever I walk – in the footsteps of giants. 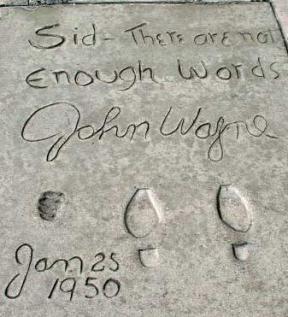 One final note – Thanks to TCM I will be at the festival with media credentials so you’ll be hearing from me often – by way of this blog and on Facebook (Citizen Screen) and twitter (@CitizenScreen) where I’ll be sharing as many highlights as possible throughout each day.

Here is a list of planned schedules by other bloggers in case you want a different perspective.  Or, actually, any perspective at all.  I’ll add more as I come across them.

Elise’s Ramblings with a guide and important tips.

Follow Once upon a screen… on WordPress.com
Join 61,832 other followers