A former livery stable and nightclub located at 1451 Cahuenga Boulevard in Hollywood, California opened its doors as The Hollywood Canteen on October 3, 1942.  Reportedly the brainchild of actor, John Garfield, who felt there was a need to establish a place where servicemen who visited Hollywood on their way overseas could enjoy leisure and entertainment, The Canteen offered food, dancing and entertainment all free of charge.

Garfield took his idea to Bette Davis who was on-board to make it happen so she took it to her friend, Jules Stein, President of the Music Corporation of America and the three spearheaded the project, which would come to represent Hollywood’s crowning achievement in the war effort.  Bette, who dedicated herself to the Canteen, served as President and the Canteen was operated and staffed completely by volunteers from the entertainment industry.  As The Hollywood Canteen opened its doors on that October day, over 3,000 volunteers had signed up.  These included stars, directors, writers, hair stylists – in short, people from all branches and mediums of entertainment.

The Canteen staff provided all services, including waiting tables and cooking – the glitzy and the glamorous left attitudes at the door to do their duty.  Among the highlights for servicemen was the opportunity to dance with their favorite Hollywood star and being entertained by the best tinsel town had to offer.  The Hollywood Canteen was so popular that Warner Bros. made a movie with that title in 1944.  Directed by Delmer Daves, The Hollywood Canteen (the film) features many Hollywood stars playing themselves. 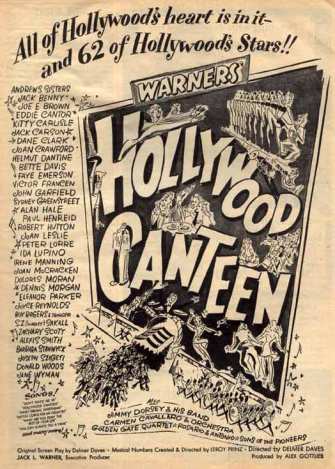 By the time The Hollywood Canteen closed its doors, on November 22, 1945 (Thanksgiving Day) it had hosted approximately three million servicemen.

The Hollywood Canteen featured a Hall of Honor wherein stood a wall of photos honoring film actors who served in the military.   To commemorate The Hollywood Canteen on this anniversary, I offer my own wall of honor made up of a relative few images of some of the players, volunteers and servicemen who took part in the festivities – honoring our country and its allies by way of the famous who at one time represented the best and the brightest America had to offer. 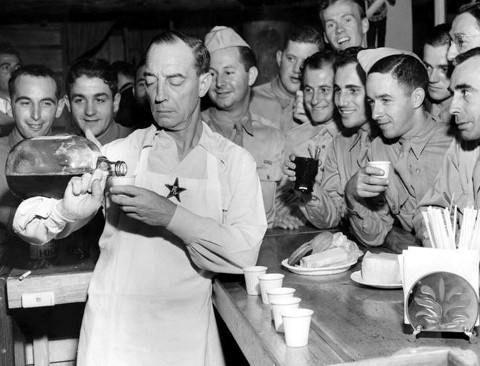 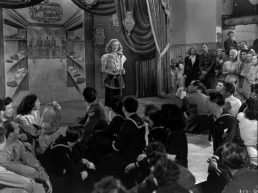 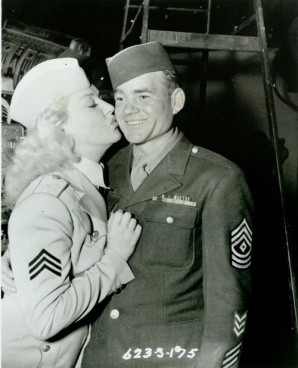 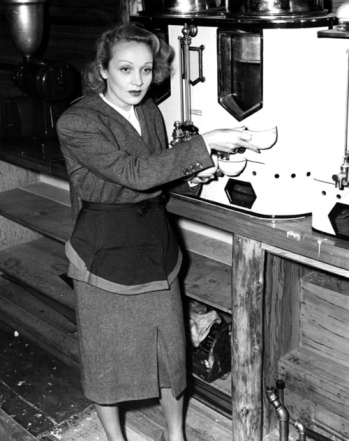 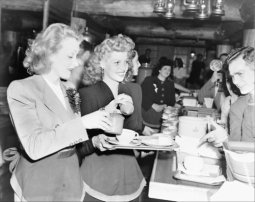 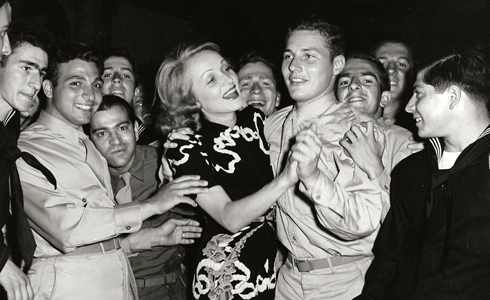 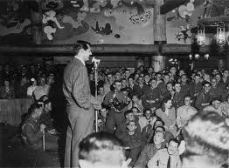 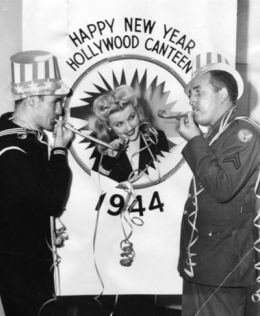 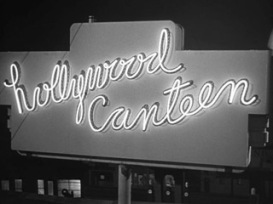 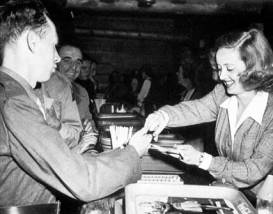 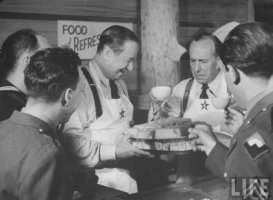 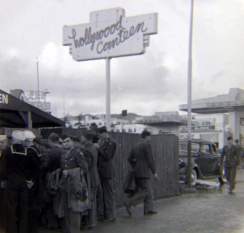 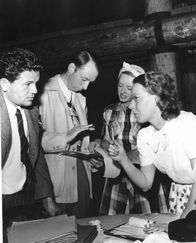 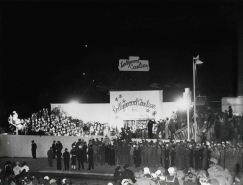 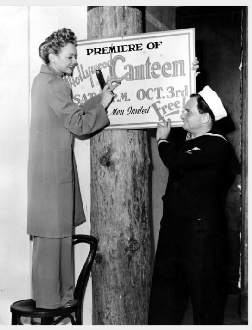 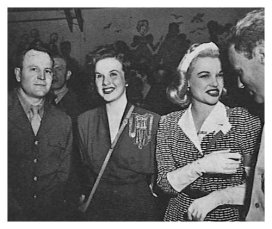 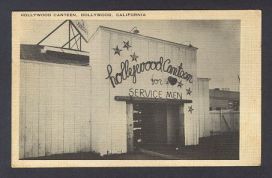 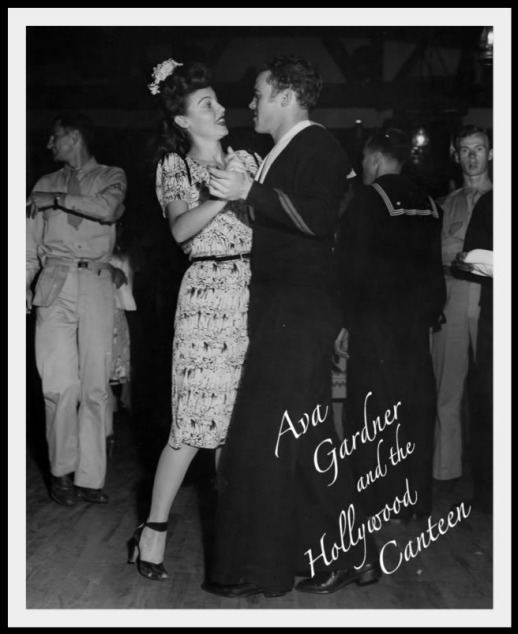 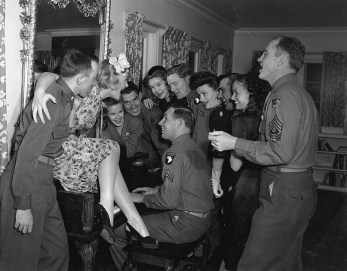 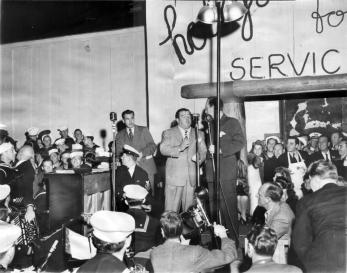 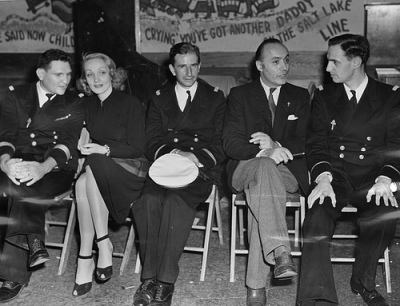 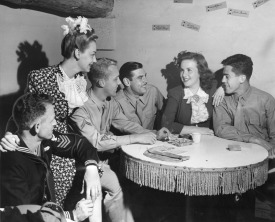 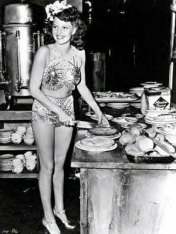 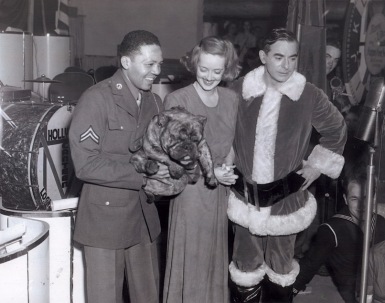 Enhancing the wall of memories, a special treat – following is a newsreel rom the Army / Navy Screen Magazine featuring Dinah Shore who delivers a special message to servicemen and which includes clips of many Hollywood players at The Hollywood Canteen:


This post is in memory of everyone who volunteered at The Hollywood Canteen and all those who sacrificed in service to our country.

A plug with no ties –  I haven’t read this, but it’s on my “must” list so I thought I’d make anyone who may be interested aware that it’s out there:

The Hollywood Canteen: Where the Greatest Generation Danced With the Most Beautiful Girls in the World by Lisa Mitchell and Bruce Torrence.  It’s gotten great reviews. 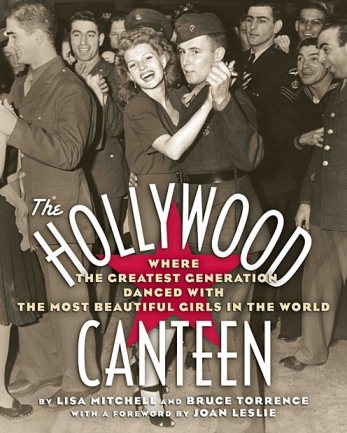