I never know exactly how to start posts that result from another blogger’s appreciation of whatever might be presented on Once Upon a Screen. It never fails to blow me away and certainly never gets old. Today is no exception and I am as thrilled as ever. Even more so, in truth. Gwen of The Movies, Silently has nominated me for the Versatile Blogger Award.

I’m particularly thrilled because Gwen is not only a classic film fan, she is a silent film aficionado, which means this blog has at least some appeal to someone who’s a fan of an era in film I have limited knowledge of – although I am trying my best to change that as you can see from the various videos I’ve posted in the “gallery” page on this blog.  The silents are golden.

As is the case with most, if not all these nominations, there are rules that should be followed.

And I intend to follow them…almost.  So here we go…

Here’s how I’m playing it – I chose an eclectic and fabulous group of eleven. A few are fairly new to me blogs and others that I haven’t done without since my blogging journey began.  I also take into account bloggers I’ve passed on previous mentions to and so forth.  I really think about this!  Be sure to note my versatility, by the way – proof of why I received this award (wink), as I purposefully included several genre blogs, as well as a few favorites from the gang at the Classic TV Blog Association (CTVBA), which my classic TV blog, How Sweet it Was, is a member of – I love classic television as much as I love classic film.

And now…in no particular order…

Classic Film and TV Cafe – The Classic Film and TV Cafe is a place for fans to mingle and share their love of great films and television series, ranging from the silent film era to the early 1980s. If you’re a fan of classic Hollywood, world cinema, or TV shows like The Fugitive and The Avengers, then come on into the cafe and have fun!

My Love Of Old Hollywood – A place to share my collection and love of the stars from the silents through the 1940’s.

Cinema Schminema: I’d Rather be watching THIS! “I love movies, pure and simple. More importantly, I love movies that are bad, unusual, trashy, unique, mystifying, death-defying and sometimes just laughable.”

Furious Cinema – “…We want the real cinema back. Movies from the good old days, the all or nothing days, the Vanishing Point days. We want all the fun, the thrills, the excitement of movies that dared to stand the hell out.”

Michael’s TV Tray – A celebration of food and classic television

Made for TV Mayhem – “I’m a TV movie fanatic but I love everything from slashers to Danielle Steel adaptations! I have written for several websites including Retro Slashers, Film Threat, Fangirltastic, Horror Yearbook, Kindertrauma and Camp Blood.”

The Last Drive In – “The blog’s atmosphere is one of nostalgia for those golden days when Silver Screen met tube with dials overflowing with memorable actors, writers, directors, and visionaries.”

The Hollywood Review – Where we’re always ready for our close-up.

Outspoken and Freckled – Kellee writes about classic film, politics, family and life… all with a sassy Irish attitude and a flair for whimsy.

(Note all blurbs are taken directly from each blog).

Um…wait. Did I say choosing other blogs to mention was the hardest part? Not true. This is. Coming up with seven interesting things that I haven’t mentioned in previous posts is a challenge. If I hear a thump I’ll know it’s you falling off your chair in a stupor.  So be it.

1. Semi-advanced age has made me a morning person – a fact I abhor.

2. To me Gene Kelly is sexier dancing alone…

…and Fred Astaire is more romantic with a partner. 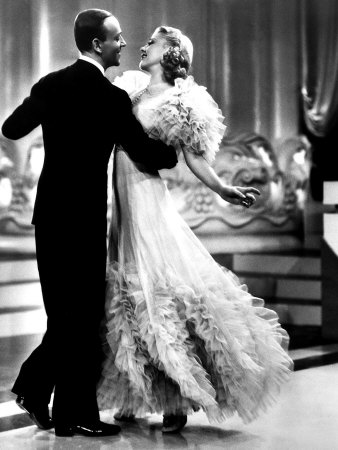 3. I have approximately 1,500 films and television shows on either DVD or blu-ray in my collection and apps on my phone, iPad and MAC to keep them all straight.

(Rather messy at the moment because I’ve run out of room).

4.  I went to twelve years of Catholic school – first grade through High School.  (Don’t ask how I feel about that today, though).

5.  My niece told me to include this and since it’s cute, I am – I am the first person in my family to go to the Turner Classic Movies Film Festival (TCMFF) – this year! 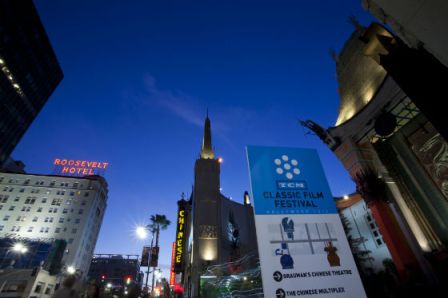 7.  I’m still working on getting over my dislike of Veronica Lake. 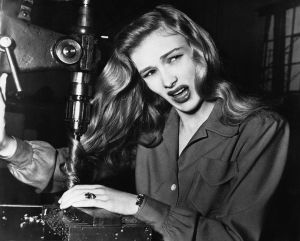 There you have it – a post of appreciation for the honor received and for those I pass it on to.