A Delirious and Delightful Delving into Love’s Most Entrancing Moments of Mirth and Madness!

As far as taglines go, that’s a mouthful!  It belongs to a romantic comedy from Columbia Pictures from 1941, Bedtime Story, directed by Alexander Hall and which stars Fredric March and Loretta Young.  Although this picture is not a standout, by any means, for either of its stars, I saw it for the first time recently and enjoyed it immensely.  Following are my thoughts on it in tribute to Loretta Young on what would have been her 100th birthday on the 6th of this month. 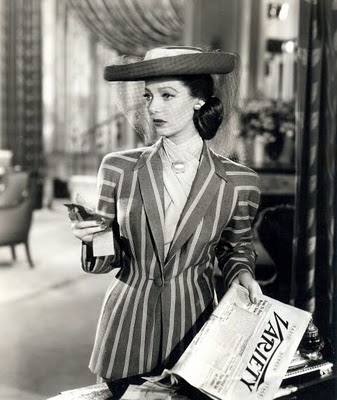 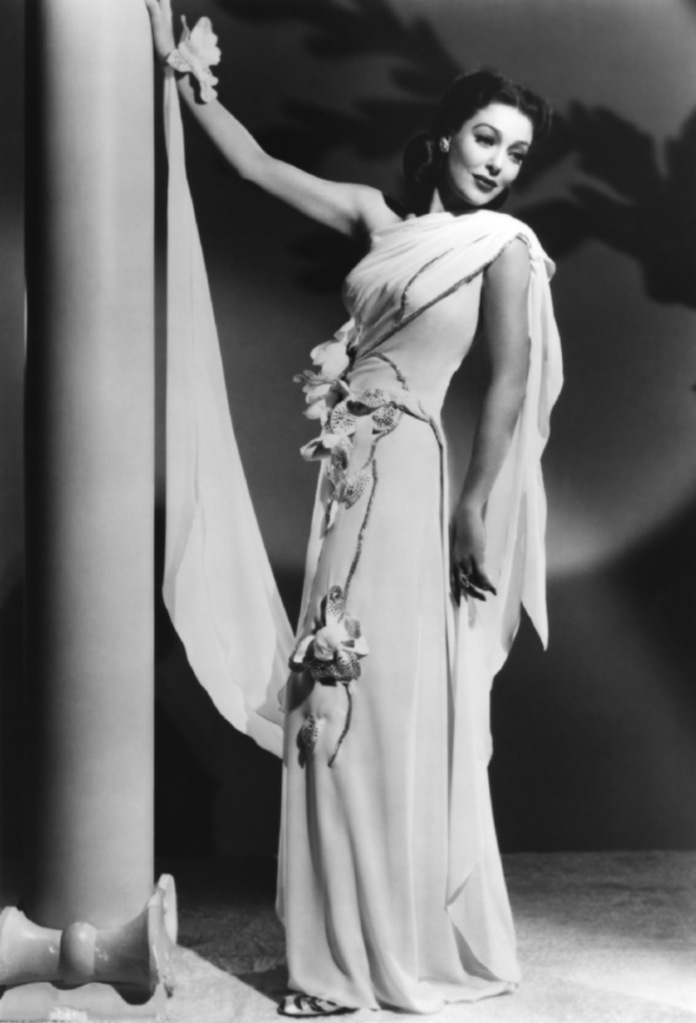 The Premise:  Jane Drake (Young) is a great dramatic actress who, as the story opens, announces her retirement from the stage.  She and her husband, playwright, Luke Drake (March) are ready to live a “regular” life in the country.  Except, Luke isn’t quite keen on the idea.  Mr. Drake, who writes his plays for Jane to star in, is obsessed with writing and has just finished what is perhaps his greatest work, “Bedtime Story” – one he wants her to start rehearsals for immediately.  Discouraged and angry at the fact Luke ignores her dream of retirement, and convinced he loves nothing more than his plays Jane leaves him – a couple of times.  Then the fun begins as he will do anything to try to convince her to star in his new play and that they are meant for a life in the spotlight and on a stage.  The shenanigans include his making a fool of her new love interest, Allyn Joslyn (played by William Dudley) at every opportunity with plenty of physical gags and foolish banter.

Bedtime Story is a fairly standard romantic comedy the premise of which is not unique.  In fact, one knows how the movie will end from the beginning, but the back-and-forth between Jane and Luke and the story are still enjoyable to watch due to the film’s talented cast.  Although I prefer Fredric March in dramatic roles, he’s charming here and, not surprisingly, rather dapper as the obsessed playwright.  Young is also very good as the wife and actress who can’t seem to resist him.  Although she really does try – with words and physicality, Ms. Young shows great prowess as a comedic actress in Bedtime Story.  And the two stars have great chemistry, by the way.

Aside from March and Young, Bedtime Story features a strong group of supporting players – Robert Benchley as Eddie Turner, Luke’s assistant and partner in crime, sort to speak – character actress, Helen Westley as snooty but caring, character actress, Emma Harper – and the ever-hilarious, Eve Arden as Virgina Cole, a comedienne who, at Luke’s request, plays along with one of his charades to get Jane to join his play.  One could learn a hell of a lot about delivery and comedic timing from these three.

A fun movie, a pleasant surprise – there concludes my commentary on Bedtime Story but a few more mentions to honor a talented actress.  As popular as Loretta Young is within the classic film community, I must admit I’ve seen only a handful of her films.  That must change as hers was a long and illustrious career that spanned over eight decades.  What comes to mind almost immediately when I think of Loretta Young was how my favorite film professor’s eyes would glaze over any time he mentioned her name.  As many movie stars as we discussed in the several classes I took with him, his eyes shone for no one else.  When he retired I sent him a link to the following clip I found while working on a project on World War II.  In it, Ms. Young takes time out of filming John Farrow’s, China in 1942 to relay a message to American woman on the home front as part of the “Women at work week” campaign.

I ran into that professor’s wife about a week after I’d sent him the link.  She quickly mentioned how happy he’d been at seeing it and said he whistled for the rest of the day.  I can think of no greater tribute to the power of our love for the classics.  I cannot fathom that stoic, solemn man whistling.

In celebration of the 100th anniversary of Loretta Young’s birth, Turner Classic Movies (TCM) has named her the Star of the Month and will be showing her films every Wednesday in January.  I plan to be front and center for as many as possible. I wish you the same good fortune.

Finally – I didn’t mention that Ms. Young looks absolutely fabulous in Bedtime Story although you get a sense from the images I included in this post. 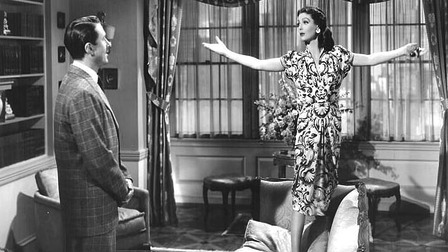 Still, I strongly recommend you go to Movie Star Makeover where the lovely Kay has posted a wonderful tribute to the style of Loretta Young, Portrait of a Lady: Loretta Young.  It’s a wonderful post that features gorgeous pictures, lots of information and links to many sites and sounds related to the silver screen legend.

As for me, this is my humble tribute in honor of a beloved classic…

“A face is like the outside of a house, and most faces, like most houses, give us an idea of what we can expect to find inside.” – Loretta Young

Ann Marie (Marlo Thomas) with her boyfriend and eventual fiancé, Donald Hollinger (Ted Bessell) on “That Girl”
(Caption) Peggy Shannon, a 'Paramount Pictures' Hollywood actress, on her way to the Paramount Ranch for some location shoots c. 1935.
Loading Comments...
%d bloggers like this: