A crime-laden gallery.  As an homage to classic crime films and the legends who portrayed the criminals, following is a historical pictorial from the earliest days of the crime genre on film through the 1940s.  These depict the faces of crime through time.  Some are obscure, some are familiar, but I hope all are enjoyable.

“One good turn deserves another.”

Considered the first, real gangster film that tells the story of organized crime in the Western world.

From lawlessness in New York’s lower East Side, a boy grows up to be a professional gangster.

“Some excellent judges think that I resemble Satan.”

Arch-criminal Dr. Mabuse sets out to make a fortune and run Berlin. (IMDB)

“There is no such thing as love, only passion! No luck, only the will to gain power!”

A wrongly accused man is lured into crime.  Only images in this one, no title cards in an influential film. 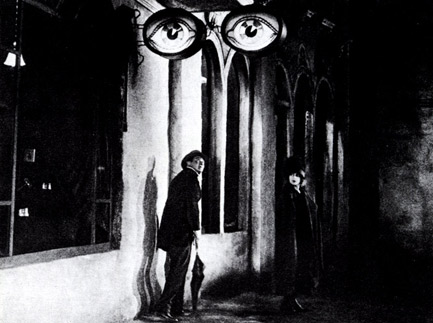 An early femme fatale and…murder!  Who cares who the criminal is in a Hitchcock film – what matters is the murder weapon.  And legs…he loved to shoot them.

“How long since you had the body washed and polished?”

As key to setting the stage as those earlier crime films are, the Hollywood crime/gangster films earned their place in the history of film during the 1930s and 1940s.  At the time the streets of Chicago and New York were replete with violent crime and criminals.  It stands to reason that Hollywood would sensationalize these for profit.  And I say, thank goodness, as these films remain entertaining and very popular.

“Timely! Tremendous! Thrilling! Drama of Love and a Jail-Break!”

Girl: Who’ll give me a half a dollar for my hand?
Nick ‘The Barber’ Venizelos: Uh, I wouldn’t give you a nickel for your whole body.

The code is in effect now, the criminal is haunted by his crime.

“I am Sonya! You don’t know who or what I am… the police know! They know I’m in love with a murderer! But a woman like me might still save a man’s soul!”

Alan Squier: What’s your story, Duke? What’s your life been like?
Duke Mantee: You know the story. Most of my life in jail; the rest of it dead!

“THE GREATEST GANGSTER THRILLER THAT EVER EXPLODED FROM THE SCREEN!” (1944 reissue print ad tagline)

There’s no doubt that crime doesn’t pay in this one – the gangster as a lesson to youth.

“The saga of America’s dirty faced kids… And the breaks that life won’t give them!”

Considered by some as the last, great gangster film before film noir took over the crime genre in film in the early 1940s.

“The land of the free gone wild! The heyday of the hotcha! The shock-crammed days G-men took ten whole years to lick!”

Humphrey Bogart’s first starring role.  And that “mountain manhunt” is a standout for me as it is quite the magnificent ending for a criminal, a greatly sympathetic one.  While the code’s directive remained “crime doesn’t pay,” we really feel for this criminal.

“A guy without a conscience! A dame without a heart!” 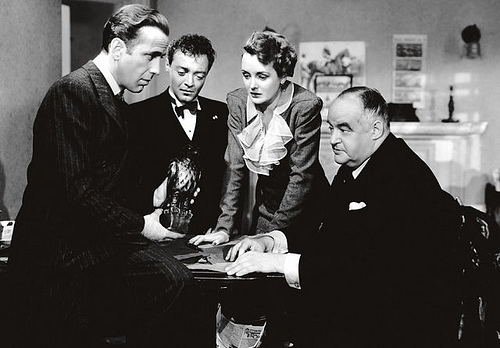 Then noir reached its peak and the criminals and thugs could lurk in shadows or wear fabulous clothes.  But so did the heroes as the lines between good and evil blurred.  Strong women drove the action, hit men and dirty cops ruled the underworld and heroes always had dark pasts.

“Lover without a heart…killer without a conscience!” (very similar tagline to the one I chose for The Maltese Falcon)

The ultimate femme fatale and an almost perfect crime.

“Please don’t tell anyone what Mildred Pierce did!”

A killer with attitude and shoulder pads but it’s hard to argue with a mother’s love.

“He went searching for love… but Fate forced a DETOUR to Revelry… Violence… Mystery!”

“One Moment with Her…And He Gambled His LUCK…LOVE…and His LIFE!”

Burt Lancaster’s screen debut is a great one.

“I was true to one man once… and look what happened!”

“A guy without a fortune! A girl with too much past!”

“The coldest killer a woman ever loved”

Joe Morse: The money has no moral opinions.

“I’m giving you a job to do, baby…Don’t ask questions and you won’t get hurt!”

“Searing the screen like the death-blast of a sub-machine gun ! ! !”

The decade ends with the familiar – the quintessential gangster.

These are just a few of the memorable faces of crime, those lowlives that have given us so much pleasure.  Many more successful and quality crime films were produced in the 1950s and beyond.  In truth the genre’s popularity has never waned as our curiosity and appetite for the seedier side of life remains constant.  But capturing the legendary and historical appeal of the films of the 1930s and 1940s has been virtually impossible since the end of that era.  We haven’t things like prohibition to exploit and organized crime rarely makes headlines these days.  Perhaps that’s why we so love to revisit with the films and actors who are firmly rooted in the history of the crime film, many of the faces shown above.  These are the legends and this post is for them – the thugs, the mugs and the dames. 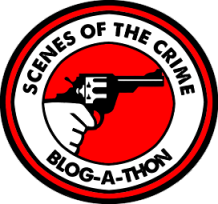 This is one of my entries to the Scenes of the Crime blogathon hosted by Furious Cinema, Criminal Movies, and Seetimaar – Diary of a Movie Lover.  It’s a guarantee you will find enjoyment even if in the underbelly of society within the many more entries about Scenes of the Crime so go to one of the host sites and take a look around.  Plenty more stories of thugs, mugs and dames.