Silent-ology is hosting The Fourth Annual Buster Keaton Blogathon, which means I was forced to watch Buster’s shenanigans and comment on them in some capacity. My choice this year is the 1920 two-reeler, Convict 13 written and directed by Buster and Eddie Cline. This is the first time I watched this short and found that it is just what I expected, a fast-paced vehicle that shows off his impressive comedic talents. 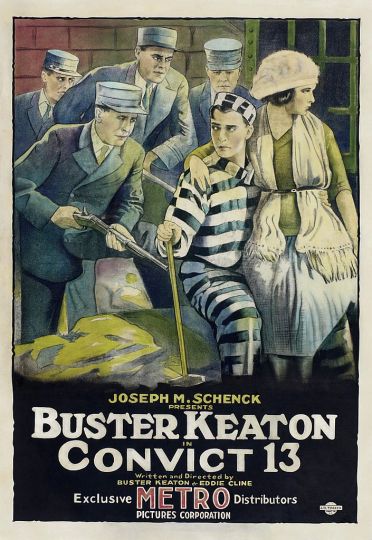 As our story begins, we see Buster on the golf course. He is a gentleman golfer, one who waits his turn and exercises politeness. He also has not a stitch of talent for the sport. During one of his many miss hits (is that what you call it in golf?), the ball ends up near a cabin against which Buster hits the ball and knocks himself out. At this precise moment, escapee Convict 13 finds him, switches clothes and goes off to live his life. Buster wakes up wearing prison garb, is pursued by prison guards who capture and incarcerate him. Despite his misfortune, Buster never loses his exemplary manners or his cool. In the prison he is reunited, in a sense, with the girl of his dreams played by Buster’s frequent and talented leading lady, Sybil Seely. In this case the girl is a socialite he had seen on the golf course who turns out to be the prison warden’s daughter. He is ever the gentleman – even upon learning that his hanging is scheduled for that very day.

It is at the gallows that the hilarity in Convict 13 starts to take flight. Buster is cool as a cucumber as the hangman (Eddie Cline) places the noose around his neck as a crowd of inmates cheers the day’s entertainment. Joe Keaton, Buster’s father, plays one of the prisoners. Anyway, when the time arrives, the floor is released and down goes Buster. And up goes Buster. And back down goes Buster. This happens repeatedly as if the rope is a rubber band. This may be an old gag and expected, but I’ll be darned if it’s not funny!

As you might have guessed, Buster is not hanged. He is put to hard labor, however, managing to knock out a guard in the process. This presents the opportunity for Buster to steal the guard’s uniform and move about the prison freely. Unfortunately, for the pretend guard he ends up in the cell of the leader of the prison revolt, a massively large man (Joe Roberts) who knocks out about 30 guards by the time Buster wanders into his area.

Joe Roberts appeared in 16 of the 19 shorts directed by Buster Keaton and it’s no wonder. The two are hilarious together thanks, in large part, to their size disparity, which makes Joe a great villain against Buster in these stories. The scene between them in Convict 13 is the best in the movie. Buster walks into the crazed prisoner’s cell full of confidence having just disposed of his own guards and taken the uniform. “If you want to see who’s boss, just try me,” he tells the huge man beside him. Then he notices the pile of 30 or so unconscious guards. The intimidation switches sides in a New York minute. Buster manages to get the upper hand for a moment, or so he thinks, but we soon see his heart pounding in his chest. Funnier yet, he takes his own pulse.

Somehow, someway Buster not only manages to get away from the crazed, lunatic prisoner, but he singlehandedly stops the prison riot. For his efforts he is promoted to Assistant Warden and impresses the girl of his dreams. You’ll have to watch Convict 13 to see what happens next. It is well worth 20 or so minutes of your time. 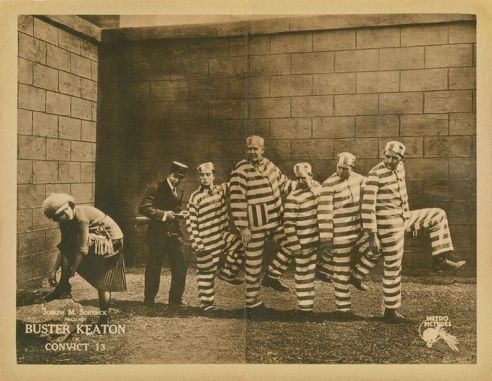 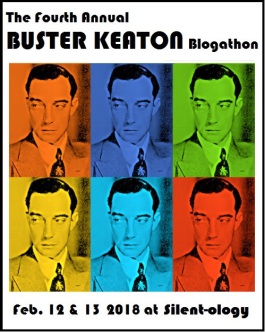