A couple of days ago I promoted a terrific, festival sponsored by The Fort Lee Film Commission and the Fort Lee Public Library spotlighting pioneer women filmmakers, which starts today. Now I’m crossing the Hudson River by way of the George Washington Bridge to Washington Heights and into a 1930 movie palace, the United Palace of Cultural Arts (UPCA). Incidentally, this is where The Fort Lee Film Commission presented “The Women of Fox” film festival last year along with the UPCA. See, the roots of classic movies run deep in my neck of the woods.

I did a longer piece on the United Palace of Cultural Arts in 2013 to include some of its history. For years used exclusively for church services, the United Palace returned to classic movies as part of its extensive cultural and entertainment repertoire. You can visit that post here to see some of the pictures I took during my tour of the gorgeous interior, which remains pristine, a bastion of an era gone by. The United Palace, formerly the Loew’s 175th Street Theatre, opened almost 90 years ago and everyone charged with its upkeep takes pride in the gem that stands on the corner of 175th Street and Broadway. It is, for my money, the pride of the working-class neighborhood. Or so it is for this kid from the Heights who can boast having grown up just a few blocks from cinema history.

I post this today not to tell tales of the glorious past of the United Palace of Cultural Arts, however, but rather to encourage you to support it by attending the upcoming, year-long classic film series, “Movies that Reawaken Wonder.” The line-up includes classic favorites and is varied enough to appeal to fans of different film genres. Needless to say you’ll have several opportunities throughout the year to introduce kids to a movie-going experience unlike any they’ve ever had.

The “Movies that Reawaken Wonder” series begins on March 5th with a screening of Disney’s Snow White and the Seven Dwarfs (1937). Movies to be screened in subsequent months include Robert Wise’s The Sound of Music (1965), Chaplin’s City Lights (1931), George A. Romero’s Night of the Living Dead (1968) and Frank Capra’s It’s a Wonderful Life (1946), all intended as a celebration of movies and the movie-going experience. 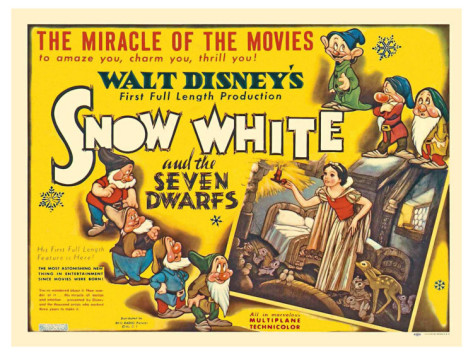 Each screening will also include special, celebrity introductions and/or live entertainment to honor the theatre’s vaudeville roots. You can view the entire festival schedule, get details about pricing plus special announcements at the UPCA site and follow them on social media:

Please know that your support is vital to keeping The United Palace alive and well. It is one of the last movie palaces we have left from the golden age of movies, the last remaining in Manhattan after the closing of the Ziegfeld Theatre last year. I assure you it will take only one visit for you to be enchanted – it will reawaken wonder.

See you in the Heights!