William Wellman loved working with Barbara Stanwyck and the attitude illustrated by the above-noted quote is the reason why.  The no pretense director and the no pretense actress were a great match. 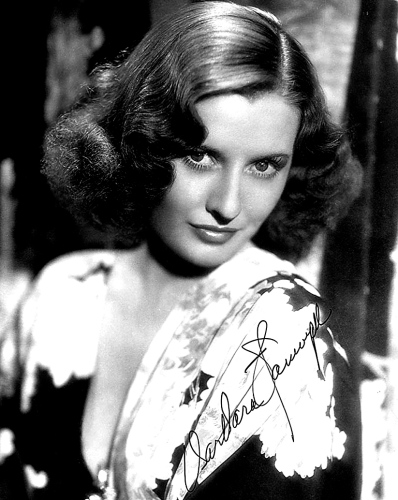 As my entry to the William Wellman Blogathon hosted by Now Voyaging I chose The Purchase Price (1932) the third of five movie collaborations between Wellman and Stanwyck. 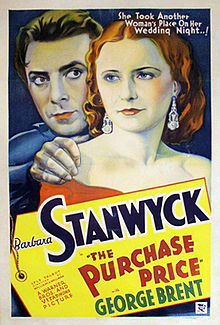 In the timeline of Wellman-Stanwyck movies The Purchase Price follows Night Nurse (1931) and So Big (1932).  With the success of those previous movies Warner Bros. (then The Vitagraph Corp.) wasted no time in ensuring Wellman and Stanwyck worked together again – and quickly.  Along for the ride was George Brent who also appears in So Big.

The Purchase Price is based on “The Mud Lark,” a story by Arthur Stringer that was published in The Saturday Evening Post.  Robert Lord adapted the story for the screen and adjusted both story and characters to reflect a different world.  “The Mud Lark” is about an English woman of means educated in a convent in Switzerland who’s later orphaned and ends up a lady’s maid/traveling companion.  Award-winning screenwriter Lord made the main character in the movie an American torch singer from New York.  According to A Life of Barbara Stanwyck by Victoria Wilson Stanwyck saw the main character as a street walker and approached Lord about the changes.  His reply to her was “you can’t play a lady” to which Stanwyck took exception.  She would later describe her response to the screenwriter’s remark as one that would be deemed “temperamental.”  In retrospect we know Lord couldn’t have been more wrong.  Stanwyck’s range was extraordinary.  During the span of her career she would convincingly move around high society and in dark and dangerous worlds with the same ease she did portraying a farmer fighting a wheat fire at the end of The Purchase Price. 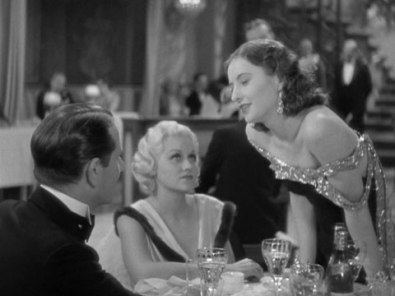 In The Purchase Price Stanwyck’s character Joan Gordon becomes the mail-order bride of wheat farmer Jim Gilson (George Brent) after fleeing her New York nightlife and racketeering boyfriend, Eddie (played by Lyle Talbot who’s terrific).  Joan’s opportunity for the move appears by chance.  While trying to figure out how to live her life clear of the shady characters she was previously involved with Joan’s maid tells her she’s quitting to become a mail-order bride.  The maid also confesses of having sent Joan’s picture instead of her own to the groom-to-be.  Since she’s eager to get away anyway Joan pays the woman $100 to take her place and soon begins her new life on a farm, a life that includes hard labor and dealing with extreme weather conditions not to mention marrying a guy she’s never met.

The Purchase Price is worth watching for two reasons – Barbara Stanwyck and the circumstances created by William Wellman’s touch for the unconventional, if you will.  Anyone who’s watched Wellman movies would recognize two strengths in all his films: he regularly pushed the envelope and he was drawn to spotlighting tough, resilient women.  It’s arguable whether there’s a better standard for the latter than Barbara Stanwyck who shined above many others during the pre-code era.  Ms. Stanwyck never failed to convey an innate strength in all of her characters despite the difficulties the women she portrayed may have encountered.  That was true throughout her career and to a certain degree her character in The Purchase Price is a good example.  Joan Gordon is not only the strongest character in the movie, but its spine and heart as well.   In fact this is designed for Stanwyck’s strengths, which results in a series of scenes to showcase Joan rather than in a smoothly paced narrative.  I’ll admit that if not for Barbara Stanwyck who (incidentally) sings for the first time on-screen in this movie, I’d not care to watch The Purchase Price again.

There is mention in A Life of Barbara Stanwyck that The Purchase Price switches traditional male-female roles, which is true and should be applauded.  Typical of Wellman he attempts to and succeeds in tipping the boat in that regard.  But I think the result is this case is a bit problematic.  While I love Joan Gordon, an adventurer with admirable strength of character the journey in this movie is all hers leaving little substance at all – as I see it – for Jim Gilson.  I find Gilson one-dimensional and painful to watch in his encompassing blandness.  The following still is somewhat of a spoiler even if I make no comment about it other than to say that it depicts a depth that never comes across in any of the actual scenes in the movie that feature Brent. 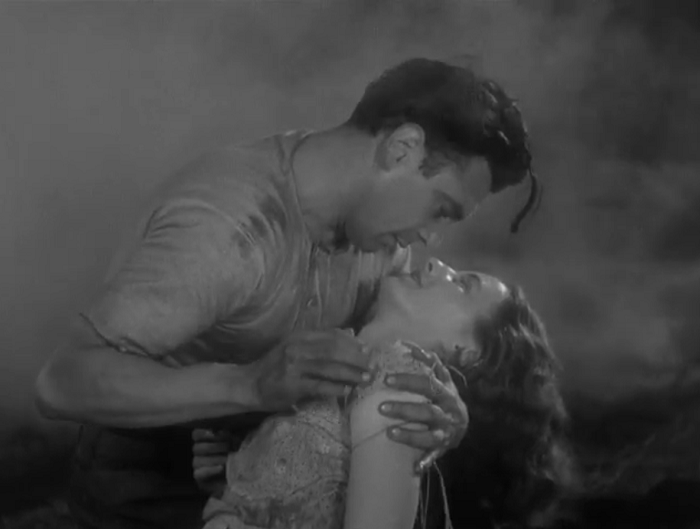 Jim and Joan marry immediately upon her arrival to the local town outside of the farm where she will spend her days.  The couple’s first night together leaves much to be desired.  Jim makes a rather impulsive move on Joan, which she refuses and from that moment on he reminds me of a bird who cowers in a corner, but nothing’s hurt it.  Sure, he may feel miffed by Joan’s wedding night slight, but really – get over it.  For most of the remainder of the movie Jim merely tolerates Joan.  He’s withdrawn and sulky showing signs of life in intervals.  How a woman of such vitality as Joan holds on patiently, weathering his dullness to eventually fall in love with him is hard to fathom.  Even if at one point Joan lets it out in a fantastic scream she’s been holding back for months.  By that point in the movie I need it as much as she does!

The Purchase Price did not match the popularity or critical response of So Big.  But according to William Wellman, Jr. in Wild Bill Wellman: Hollywood Rebel the director suffered no ill-effect from the negative reviews.  Wellman was still riding the tide from the hugely popular and highly regarded The Public Enemy released the year before.

It would be ten years before William Wellman directed Barbara Stanwyck again in The Great Man’s Lady (1942), but the actress always remained tops on his list of leading ladies.  The Stanwyck attitude that Wellman admired coupled with her work ethic were only reinforced during the filming of The Purchase Price when during the final wheat-burning scene in the movie she refused to allow her stand-in to take her place.  The scene is a thrilling one, I must say, and resulted with Stanwyck receiving the applause of director and crew upon its completion.  For her efforts she also received multiple burns on both legs.  According to Wellman she never complained.  Here was a tough, young broad – a Wellman woman in many respects.

Go to The William Wellman Blogathon to read many more posts dedicated to “Wild Bill” and his impressive filmography.

Marcello Mastroianni and Federico Fellini in Italy c. 1960
Patricia Neal as Dominique Francon in THE FOUNTAINHEAD (1949) directed by King Vidor
Loading Comments...
%d bloggers like this: