Today I pay tribute to John Cazale – one of my favorite actors.  Cazale was born on August 12, 1935 and although his life and film career were way too short, he left a rich legacy through supporting performances in films now considered classics.

John Cazale was an actor of extraordinary talent who appeared in only five feature films in the 1970s, but those five films are considered among the best in what (arguably) remains one of the greatest decades in film history.  Those five films helped define the decade and times, an era of no-nonsense filmmaking, a new approach to acting.  In short it was a time of revolution in film.  Or at least that’s how I view it and Cazale, though not the “star” of these films was at the forefront.

Cazale’s performances are not verbose, instead his is a quiet, dignified, layered, lingering presence – but from each film there is at least one image etched in my mind and the mind of filmgoers of my generation forever.  “Hail Mary, full of grace…” 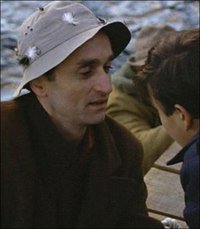 “I learned more about acting from John than anybody.” – Al Pacino

As Fredo Corleone in Francis Ford Coppola’s, The Godfather, 1972

As Stan in Francis Ford Coppola’s, The Conversation, 1974 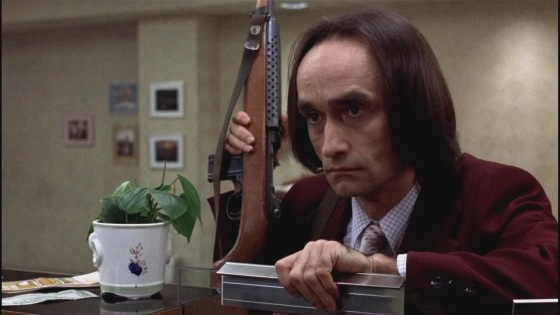 And as Stan in Michael Cimino’s, The Deer Hunter, 1978

It saddens me that many today may not be familiar with the name, John Cazale because his role as a key player in the history of film is an important one.  His influence on other actors who became icons of a generation is palpable.  Actors such as Al Pacino, Robert DeNiro and Meryl Streep were influenced and supported through wonderful performances by his talent.

Although Cazale received only one award nomination during his career, a Golden Globe nod for Best Supporting Actor in a Motion Picture for his role in Dog Day Afternoon, all five films he appeared in received Academy Award nominations for Best Picture.  I don’t think another actor can claim such a record – 100% satisfaction guaranteed.

All five films Cazale appeared in are also on the Library of Congress’ National Film Registry, and are deemed “culturally, historically, and aesthetically significant” films.  Perhaps that’s the greatest accolade an actor can receive.  There is no doubt John Cazale’s presence in all of these films plays a huge part in their lasting significance.

For the record – despite the fact I mention Cazale’s appearance in only five feature films, years after his death he did appear in a sixth, Coppola’s, The Godfather: Part III (1990) in archive footage. That film, like all of the other films Cazale appeared in, was nominated for Best Picture.

For anyone who may be interested in taking a look at a few of Cazale’s great scenes, you can do so here.  Note that spoilers may be included.  Also worth taking a look at is a great documentary honoring this actor produced by HBO films, I Knew it was You: Rediscovering John Cazale.  The film offers a wonderful profile of this actor.

Here’s to one of the greatest actor’s of a generation.  He’s still missed and his work is a gift to all who’ve seen it.  Here’s to the great, John Cazale.