Day two of The Classic Movie History Project Blogathon has arrived.  I hope you have your thinking caps back on after yesterday’s silent lesson.

Before the fun begins, a few thank yous – to Fritzi and Ruth, my co-hosts, wonderful bloggers and friends with whom I share this journey into the history of the movies.  To all participating bloggers – your passion and talent floor me.  And last, but certainly not least, to our sponsor Flicker Alley, which is supporting the event in honor of its release of Dziga Vertov: The Man with the Movie Camera and Other Newly-Restored Works and 3-D Rarities, which Ruth got a chance to review.

Hosted by Fritzi at Movies, Silently the first day of the Classic Movie History Project Blogathon featured movies and players that broke ground, set the stage and exhibited eye-popping talent in realms no one could have ever imagined.  Tomorrow Ruth of Silver Screenings will host the modern era during which rebels and epics filled wider screens.  Today the golden age takes center stage, the period in the movies that brought forth an astounding convergence of talent, skill and experience that met the demands of record-breaking theater attendance. Not all was “golden” in the golden era, however.  As you will see by the blogathon entries there was plenty of angst and bitterness portrayed on-screen during this time in movie history to counteract the exuberance of the grand musicals.  In short, whatever your movie poison might be you could get in the theaters of the golden age when dreams were streamlined by a well-oiled machine. 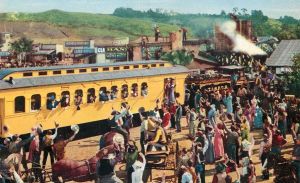 If you missed yesterday’s entries, which is where you should start this lesson, visit The Silent Era.

Then move on to…

I will be updating links to the submissions as they come in so be sure to check back often.

A person in the Dark – Early Musicals: Throw it on the wall and see what sticks

Carole & Co. – Of Carole and Pre-Code

Second Sight Cinema – Newsreels of the Early 1930s: The Two-Way Mirror Between Fact and Fiction

Stars and Letters – Joseph Breen and the Production Code

The Stop Button – Son of Kong

1939: The Big Year. Selections from the biggest year in classic cinema. 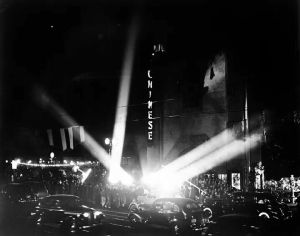 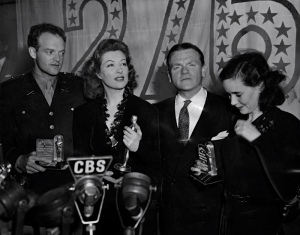 The Motion Pictures – For Me and My Gal as Wartime Cinema

Way too damn lazy to write a blog – Christmas in Connecticut a.k.a. The Christmas Movie According to Babs

regularpop – Three Faces of Lizabeth Scott: Queen of the Noirs

Old Hollywood Films – Beyond Sunset Boulevard: The Hollywood Noirs of the 1950s

Criterion Blues – The Collapse of the Studio System Part 1

Criterion Blues – The Collapse of the Studio System Part 2

Criterion Blues – The Collapse of the Studio System Part 3

regularpop – No Way to Treat a Lady: Loretta Young

Visit Silver Screenings for the final phase of the project, The Modern Era (1953-1975)

Finally, if you’re interested in taking a look at the complete roster for the Classic Movie History Project go here.