His was a wonderful presence on-screen.   A much-beloved and revered presence.  He’s a who’s who of powerful classic horror figures, unforgettable to anyone who grew up watching the Hammer film classics where he fought the forces of ultimate evil.  I came across him by force, one might say, as my older brother, a horror film nut, left me no other choice on the one television set we owned in what seems like eons ago.  I lost sleep resulting from those movies, but my admiration for his power has never waned.  I mean, he could kill Dracula – a very hostile and bloody Dracula – over and over again.  He was Peter Cushing (1913-1994).

Although Cushing worked on much more than horror fare, he remains one of the most successful actors in that ever-popular genre. 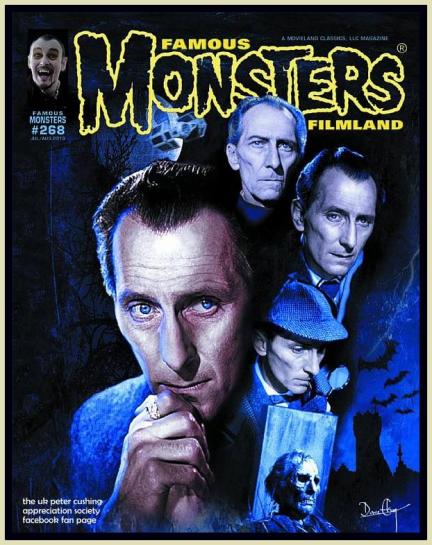 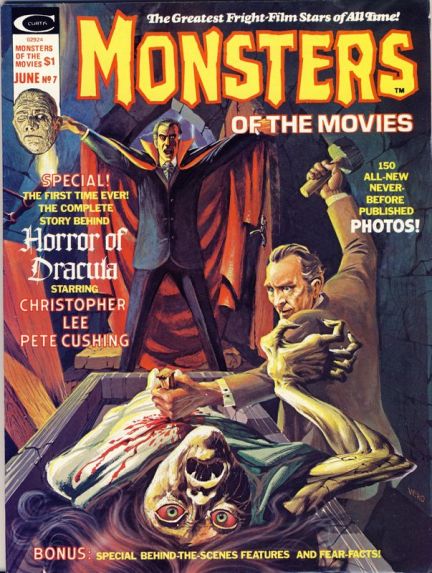 In fact, he’s royalty in horror circles – equaled by a notable few… 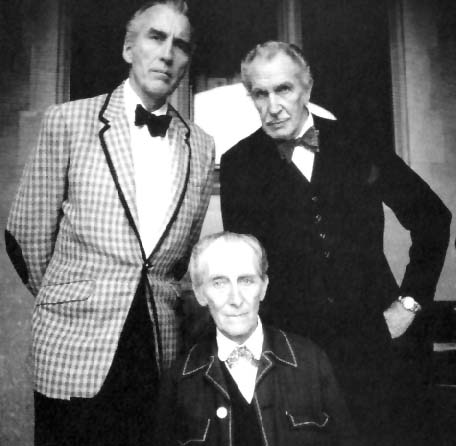 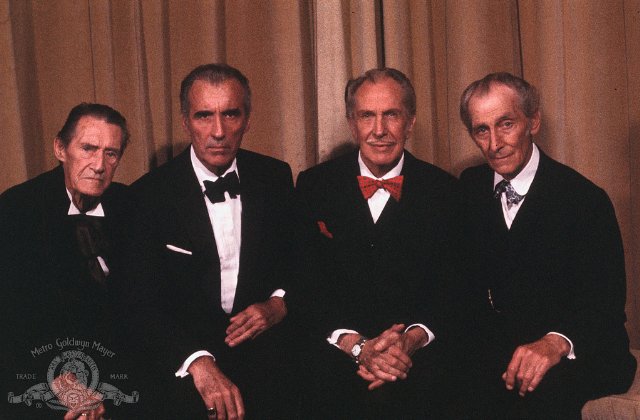 Honoring what would have been his centennial birthday on May 26th, I present a pictorial tribute to Peter Cushing’s career.  These are the images I am most familiar with – enhanced by his own words, the words of the greatest of vampire slayers, monsters makers and sleuths.

“Who wants to see me as ‘Hamlet’? Very few. But millions want to see me as Frankenstein so that’s the one I do.”

“If I played Hamlet, they’d call it a horror film.”

[on the wig he had to wear for Frankenstein and the Monster from Hell (1973)]  “It made me look like Helen Hayes.” 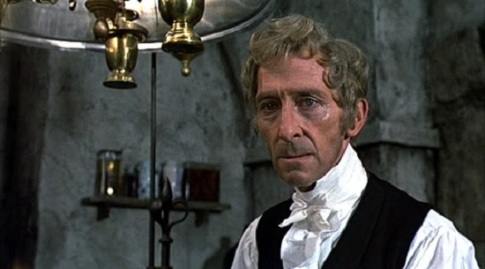 “You have to have a sense of humour, darling, to be alive. Even a bit mad. It helps to be mad.”

“My criterion for accepting a role isn’t based on what I would like to do. I try to consider what the audience would like to see me do and I thought kids would adore Star Wars.”

“Strangely enough, I don’t like horror pictures at all. I love to make them because they give pleasure to people, but my favourite types of films are much more subtle than horror. I like to watch films like Bridge Over the River Kwai, The Apartment or lovely musicals.”

“As far back as I can remember, I had a passion for ‘dressing up’ and playing games of ‘Let’s Pretend’, which are, of course, the basic principles of acting, and if you are lucky enough, you get paid for so doing, hard work though it may be.”

“Television is rather a frightening business. But I get all the relaxation I want from my collection of model soldiers.”

“It gives me the most wonderful feeling. These dear people love me so much and want to see me. The astonishing thing is that when I made the “Frankenstein” and “Dracula” movies almost 30 years ago the young audiences who see me now weren’t even born yet. A new generation has grown up with my films. And the original audiences are still able to see me in new pictures. So, as long as these films are made I will have a life in this business — for which I’m eternally grateful.”

“An actor’s job is to entertain and I’m glad to say that my films succeeded in that respect.” 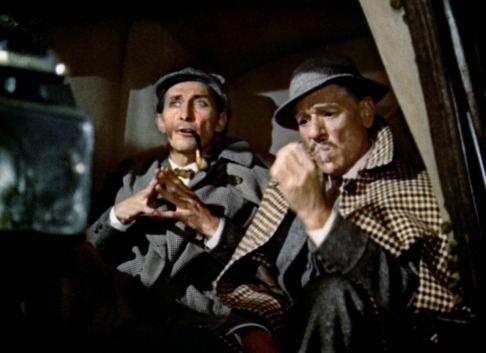 “Since Helen passed on I can’t find anything; the heart, quite simply, has gone out of everything. Time is interminable, the loneliness is almost unbearable and the only thing that keeps me going is the knowledge that my dear Helen and I will be united again some day. To join Helen is my only ambition. You have my permission to publish that… really, you know dear boy, it’s all just killing time. Please say that.” 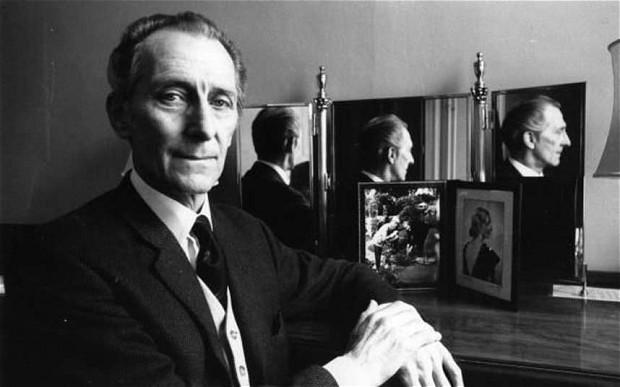 “People look at me as if I were some sort of monster, but I can’t think why. In my macabre pictures, I have either been a monster-maker or a monster-destroyer, but never a monster. Actually, I’m a gentle fellow. Never harmed a fly. I love animals, and when I’m in the country I’m a keen bird-watcher.” 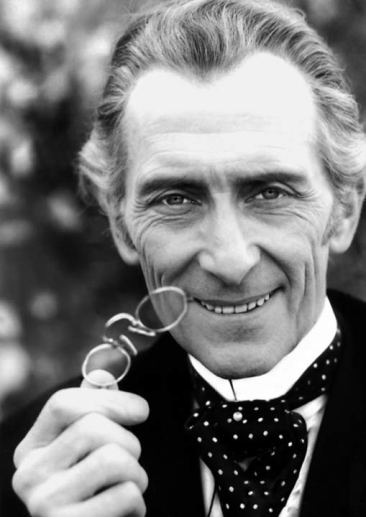 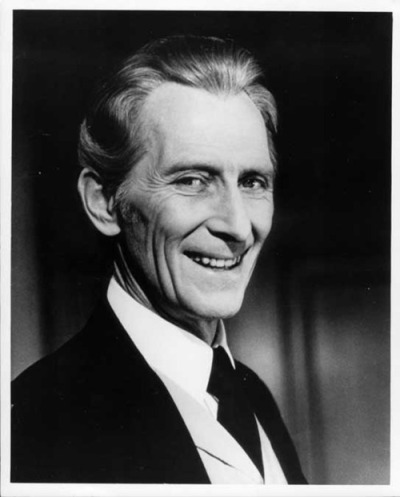 I’d finished my tribute to the great Cushing when I ran into Frankensteinia: The Frankenstein Blog on FaceBook through a friend who announced that site’s planned blogathon, an event celebrating Peter Cushing’s Centennial.  And now here I am promoting the event too and posting this as my contribution.  Frankensteinia is a must-see for all things Frankenstein, for whom I have a soft spot (well, Karloff in any case) so I’ll be sure to visit as often as possible going forward.  I suggest you do the same as this week the site features all manner of tributes to Peter Cushing.