For the sixth consecutive year, thousands of movie fans will descend upon Hollywood for the Turner Classic Movies Film Festival (TCMFF), which is set to take place from Thursday, March 26 to Sunday, March 29.  That’s about a week away.  And I am one of the lucky ones who will be there.

For four days I will stand on line after line awaiting the opening of curtains that hide movie magic behind them.  The festival theme this year, my third time attending, is History According to Hollywood and in usual style TCM has assembled a great line-up of films, guest appearances – the legendary Sophia Loren among them – informative presentations, panel discussions and more.  To say that I’m excited is a gross understatement.

As is the usual practice I’ve gone through the festival schedule published last week and have come up with a well-thought-out (not) plan of action.  So, I share it with you today, but keep in mind that choosing was damn tough.  I went through the schedule many times and changed my mind about one screening or another each and every time I looked at it.  By this afternoon I was able to come up with what I think is a sound balance of new-to-me movies, absolute must-sees and can’t miss events.  I noted my picks/hopefuls in bold and new-to-me films with an *.

I hit a brick wall at the first time slot…

Upon initial review I was convinced that there was absolutely no way I would miss Garbo on a big screen in QUEEN CHRISTINA.  I mean, seriously!  But, while I was going over the schedule with my good friend Kellee this past Thursday 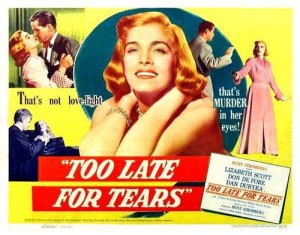 nothing made more sense than choosing Ford’s THE MAN WHO SHOT LIBERTY VALANCE.  That’s a favorite Western of mine, a fantastic movie co-starring Duke Wayne and Jimmy Stewart that I’ve never seen on a big screen.  No brainer, right?  Well, by Friday afternoon I developed a definitive lean toward TOO LATE FOR TEARS*, a film noir I’ve never seen starring Lizabeth Scott who recently passed.  SO, as of today that’s my choice.  And I hope to stick to it!

I’m following the murderous Ms. Scott with the swashbuckling Errol Flynn in THE SEA HAWK*, which I somehow have also never seen.  Assuming I get into both screenings I’m starting off this year’s TCMFF in grand style with two new-to-me movies.

Another tough choice starts off Friday morning – THE DAWN OF TECHNICOLOR versus Ford’s MY DARLING CLEMENTINE, but since I’m foregoing the Friday night Ford entry I’ll be at CLEMENTINE with Keith Carradine and Peter Fonda in

Next I’m hoping to go to another noir, Anthony Mann’s REIGN OF TERROR* introduced by Norman Lloyd, who’s always a treat to listen to.

In the next slot I was leaning toward YOUNG MR. LINCOLN and following the Henry Fonda tribute track.  Again Peter Fonda will be in attendance for this, but – lo and behold – I’ve changed my mind and will go to Norman Jewison’s THE CINCINNATI KID instead with an introduction by Ann-Margret at the Egyptian Theater, which is my favorite venue.

I’ll follow KID with what is likely to be one of the hottest tickets at the festival, Buster Keaton’s STEAMBOAT BILL, JR., which will feature the world premiere of an original score composed and conducted by Maestro Carl Davis.  As much as I look forward to STEAMBOAT this wasn’t an easy choice for me because screening at the same time is James Whale’s THE INVISIBLE MAN featuring the great Claude Rains in his (U.S.) breakthrough role and Una O’Connor’s shrieks.  I’m hoping this one is screened again in a Sunday TBA slot.

After STEAMBOAT I’m heading over to the multiplex for Edward F. Cline’s THE BANK DICK, featuring an irreverent but hilarious W. C. Fields.  This screening will have two of Fields’ grandsons in attendance and it’s one I’m really excited about.

And to the end the day I’ll be attending the midnight screening of Joseph Losey’s BOOM!* starring Elizabeth Taylor and Richard Burton.  I had zero interest in seeing this one at first glance, but have since learned that it’s really, really bad so there’s no way I can miss it.

I’ll be starting this day in silence with William Seiter’s WHY BE GOOD?*, which is Colleen Moore’s last silent film.

After that I’m taking a movie hit (OUCH!) and skipping the fabulous 42ND STREET, which is a huge draw.   Instead, I’m heading over to the Roosevelt to await the “Character Actors 101” presentation by Bruce Goldstein, program director of New York’s Film Forum.  I love me some character actors and Mr. Goldstein’s presentations are terrific!  While waiting for this I hope to get a chance to say hello to Rory Flynn, daughter of Errol who’ll be signing her book,The Baron of Mulholland: A Daughter Remembers Errol Flynn.  AND PRAYING that 42ND STREET makes another appearance on Sunday in a TBA spot, which I think it has a great chance of doing. Of course that means I’ll have to scramble my plans for Sunday, but so be it.

I’ll have a lot of time to mingle between the end of the Character Actor presentation and the next film, Billy Wilder’s THE APARTMENT, which will be introduced by Shirley MacLean.  This one is a no-brainer choice for me given my long-time, make-believe love affair with Jack Lemmon.  In my spare time I hope to spend some time with friends, etc. and if I’m really lucky, I’ll be at the right place at the right time and catch 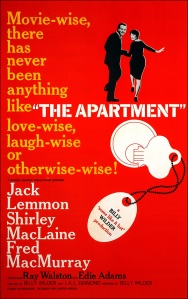 another one of the great Roosevelt lobby celebrity interviews.  Who knows!

I’m still up in the air about my choice in the next time slot –   I’m leaning on the one side toward a screening of George Cukor’s ADAM’S RIB at the Egyptian.  This is my favorite of the Tracy/Hepburn films, but one I’ve seen more times than I can count – although never on the big screen.  Preceding this movie is a 30-minute performance by Greg Proops who is hilarious so that’s another point for RIB. On the other side, however, is the “Return of the Dream Machine: Hand Cranked Projector Show* (1902 – 1913),” which will feature several short films only one of which I’ve seen.  See the dilemma?

Sunday starts with my one, absolute cannot miss – the world premiere restoration of William Dieterle’s THE HUNCHBACK OF NOTRE DAME.  Watching Charles Laughton’s performance in this movie, which I consider one of the greatest ever, at Grauman’s is a dream.  There is some heartbreak that goes along with this choice, however, in that I will miss David Butler’s CALAMITY JANE, a movie I have adored since I was a kid.  Did you see that?  I just broke my own heart a little.

Anyway – next will probably be Academy Conversations:  GUNGA DIN.  I say “probably” because I may well lean toward the Club TCM “100 Years of Title Design” presentation. 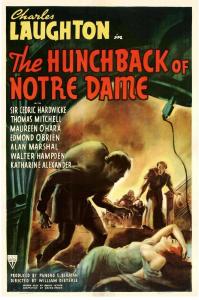 I am fascinated by title cards.  SIGH.  If I choose to go to the presentation then I can also attend the “Conversations with Shirley MacLaine” that follows.  But, if I go to GUNGA DIN (and Cary) then I’ll catch Shirley MacLean as she introduces THE CHILDREN’S HOUR in the next slot.

Finally – to end the festival I’ll attend the screening of Vittorio De Sica’s MARRIAGE ITALIAN STYLE with an introduction by Sophia Loren, the only time I’m likely to see the legend at the festival and I won’t be able to stand myself if I don’t see her at the festival!

There you have it – a total of 16 film hopefuls and a few key events – few of which are made of stone (referencing my one true must-see, Laughton’s Hunchback).  We’ll see what I actually end up watching as TCM has a knack for throwing little interview gems here and there that are impossible to walk away from.  If I can offer just one piece of advice to festival newbies it would be to be flexible, which all but guarantees a great time.

I’m excited about a lot this year – seeing the friends I’ve made during the last two festivals, meeting new friends I’ve met only online, being a part of the excitement, 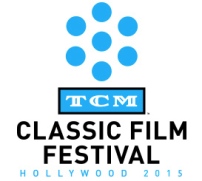 (hopefully) running into one of the many special celebrity guests , (hopefully) getting a chance to say hello to Robert Osborne, Ben Mankiewicz and Illeana Douglas, and a host of other things all of which I plan to share either on this blog or by way of social media.  TCM has generously granted me press credentials to cover the festival again this year so be on the lookout for updates – on Twitter @CitizenScreen, Facebook Citizen Screen, Instagram (CitizenScreen) and/or Vine (Aurora).  I’ll also be assisting Kellee @Irishjaykawk66 with her social producer duties at the festival so be sure to visit her blog, Outspoken & Freckled for the exciting details.  I’ll give you a hint: it has to do with trivia and fabulous pins.

Finally – If you plan to be at the festival please reach out.  It’s always fun to meet other classic film fans.