Other than the significant role she played in Hollywood history, I know close to nothing of Mary Pickford’s work as an actress.  This is why I wanted to take part in The Mary Pickford Blogathon hosted by Classic Movies.  My attempt to venture wholeheartedly into the world of silent film.  To this point I can say that, with few exceptions, I am only familiar with the silent comedies – the works of greats Charlie Chaplin, Buster Keaton and Harold Lloyd.  To be a classic film fan and not know the work of Mary Pickford is simply shameful.  She was, after all, the first true film legend.  She reached unequaled popularity for her work in front of the camera, paved the way for women in the film industry and changed Hollywood history.  All before noon, it seems.  A force to be reckoned with.

I first submitted a comment to KC, the host of this great event,naming my film choice as Star Night at the Coconut Grove.  When I watched that film, however,  it became clear that it is not a film, per say, but an all-star review in which Ms. Pickford plays a small part in the night’s celebration.  I loved it, but it didn’t quite seem a good choice for this event.  Back to square one.  I then took another look at her filmography and settled on another film because I liked the title.  As good a reason as any I thought, for one who is completely clueless on this subject.   And I must admit, I am more than a bit out of my league and intimidated here.  But venture on.  I chose A Romance of the Redwoods, aka La bête enchaînée.  In this case, it was the aka, the film’s French title, which translates to “The beast chained” that intrigued me.  Or, better said, the contrast between the English and French titles intrigued me.  One, clearly sends a message of romance, the other has horror implications (at least to me).  Well, turns out the French title is a misnomer, by my estimation.  A Romance of the Redwoods is a romance through and through.  I am not a fan of romance for romance sake.  So we’ll see how this goes.

This film, directed by the legendary Cecil B. DeMille in 1917 has an interesting plot.  I  must WARN that spoilers lay ahead.  A young girl, Jenny Lawrence played by Mary Pickford, is forced to go west to live with her uncle after her mother’s passing.  This uncle, her last surviving relative, had gone west, as did millions of others during the California God Rush. 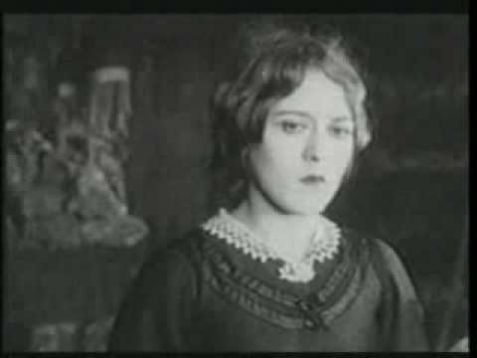 By the time Jenny arrives, her uncle is dead, killed by Indians (as referred to in the film) and his identity assumed by an outlaw, “Black” Brown (played by Elliot Dexter).  As an aside, this character’s name, is quite interesting.  We’ve seen through the years how the “bad” guys are dressed in black and the “good” guys in white in so many classic films, westerns in particular.  In this case it’s his name, since he wears the uncle’s wardrobe throughout the film.  “Black” Brown.  Effective. 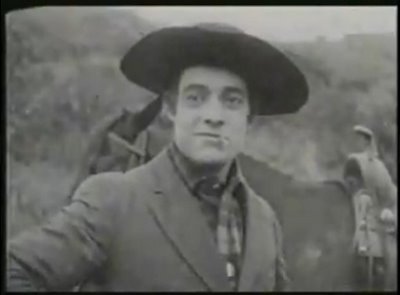 The beginning of the film introduces the characters and sets up the plot by way of parallel story lines.  We see of how “Black” Brown gets to impersonate the uncle and how Jenny arrives in the mining town of Strawberry Flats, where her uncle was living.  Brown is now successfully impersonating her dead uncle in that town, although he continues to rob stagecoaches when the opportunity arises.  Jenny’s arrival puts a wrench in his long-term plan and puts her in danger when she is forced to move in with him – she has no other choice, as circumstances show.

Soon Jenny begins to do household chores, the cooking and cleaning and “Black” begins to warm up to her and she him.  Their affection for each other grows.  One day, inevitably, she discovers the facemask he uses during his robberies.  By this point the two are in love, although neither has admitted it, and “Black” is ashamed that Jenny has found out about the dark part of his life.

Due to her love for him, Jenny never tells the authorities about “Black” Brown’s crimes.  He promises her he’ll change his ways and eventually does.  But, the authorities find out anyway and, in the “angry crowd” way of some early classics, they come to the cabin where the couple has been living to render his punishment.  As the noose is placed over his head, panic sets in and Jenny is determined to save him so she comes up with a startling idea, a great twist in the film. 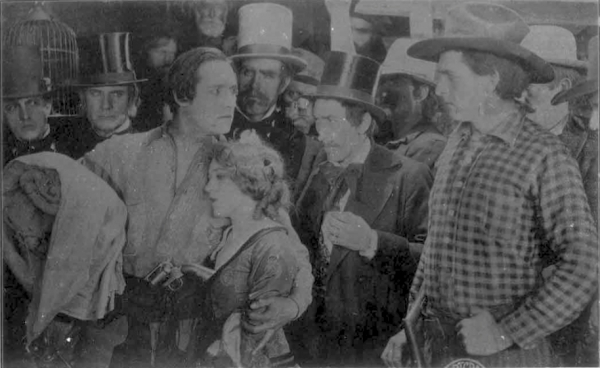 I won’t divulge what the idea is but it is brilliant.  I was quite shocked by it given this is such an early film.  But as a result, “Black” Brown is saved and the two rush off among the redwoods.  It’s a Hollywood ending but still the film ends with a lovely portrait of love.  She holds him.  He gently kisses her hand.  Fade to black.  (Um…I may be a romantic after all.)

I watched A Romance of the Redwoods online, something I rarely, if ever, do.  I was able to access the full film through several sites with the quality – not too good – comparable in each.  This saddens me although I’m not aware if a good copy of the film exists.  All in all, however, it’s a film worthy of attention.  Some of the scenes, those among the Redwoods in particular, stand up well.  The majestic trees are a wonderful setting.

And, since I mention majesty, I have to add how shocked I was to see how tiny Mary Pickford was, how small she looks in the film.  She pales in stature in all the scenes opposite Elliot Dexter who looks quite tall, an imposing figure.  He often bends down quite dramatically to speak to her.  But – man, oh man, does she ever have presence!  This is why she was a star, beloved by so many.  I knew the fact of that prior to watching this film but didn’t know the why.  I know it now.  Her onscreen energy is palpable, coming through clearly even on a poor copy of a very old film.  Because of that I completely bought this tiny woman demanding of a seasoned criminal in Redwoods.  It takes some getting used to acting in silent films when one is not used to seeing them.  But I bought it all in this film and there’s no greater praise.

Another startling effect this film had on me was its lack of sound.  Or so it was in the manner in which I watched it.  Yes, I knew A Romance of the Redwoods is a silent film, but I’d never watched a silent film without music before.  The complete silence was deafening at first.  Somewhat of an uncomfortable feeling for one whom usually blasts film in surround sound.  But, as the story moved along, I was caught up in the film and the silence no longer mattered.  I enjoyed it quite a bit, actually.  But, I will say that the total silence lead me to search for information about the film’s score – whether it had one and/or what happened to it.  I would think that a DeMille/Pickford vehicle warranted a score – the biggest director and star at the time.  I searched but found no information.

I know about how film scores worked during the silent era, in general terms.  How many films had specific scores that were sent to different venues to be played along with the film’s showing.  However, I believe oftentimes the choice of music was left up to the venue.  I can’t say what the case was with Redwoods but I am now very curious to find out.

After I watched A Romance of the Redwoods, as I searched for answers as stated above, I ran across one of Pickford’s short films, The New York Hat from 1912 directed by the great, D. W. Griffith.  Being from New York, the title caught my eye so I decided to watch it.  In comparison to Redwoods, I was quite surprised by how great this one looks.  As I subsequently learned, this one was a major vehicle for Mary Pickford.   But it was made five years before so I expected it to look a lot worse.  It’s not the case.  This one’s beautifully preserved.  I really enjoyed it.  Lovely visuals.  Universal story.  A quality film on all fronts.

There is one more thing about The New York Hat I must mention.  Aside from the look of the film, its quality, I was also quite happily surprised to see a very young Lionel Barrymore.  I’ve seen many Barrymore films through the years but none during the silent era when he was so young.  My grandmother loved Lionel Barrymore and even named one of my uncles after him.  To me he’s always been Henry F. Potter, because of my love for Capra’s It’s a Wonderful Life.  But man, is he dashing in The New York Hat!  Hot diggity!

There ends my foray into the world of silents and Mary Pickford.  For now.  I imagine I am one of the few who are participating in the Mary Pickford blogathon who has (pretty much) zero knowledge of silent films and very little knowledge of the great star.  If any of you reading this are in a similar film situation, I highly recommend you take a look at some of her films.  I saw only two to post this entry but neither was a waste of time and I look forward to watching many more.  Soon, I will no longer be silent on the silents.

A thank you to KC of Classic Movies for hosting this great event and for giving me an excuse to venture into the career of Mary Pickford.  Take a look at what I am sure are fantastic posts by experienced bloggers, lovers of Mary Pickford as superstar, legend and Hollywood powerhouse  – here. 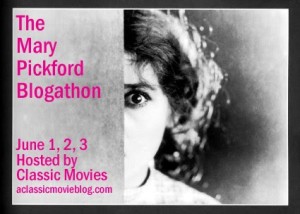 Leave a Reply to Paul @ Lasso The Movies Cancel reply