We seriously considered foregoing hosting more blogathons, but then we talked about the characters and could not let them go. As a result, here we are for the eighth consecutive year honoring the scene-stealing, crowd-pleasing character actors we know and love. We hope you join us.

Alongside Kellee of Outspoken & Freckled/ @IrishJayhawk66 and Paula of Paula’s Cinema Club/ @Paula_Guthat, Once Upon a Screen / @CitizenScreen extends this invitation to the WHAT A CHARACTER! Blogathon 2019 taking place on November 15, 16, 17, as we pay tribute to the brilliance of the supporting players. Our objective with this TCM-inspired event has always been to spotlight the lesser-known but equally talented thespians, whose names usually appeared below the title. If you wish salute your favorite on-screen character actor- the quirky maid, that ornery hotel manager, frustrated maître D’, sassy best friend, the hot-tempered heavy, flabbergasted father, sarcastic sidekick, grumpy boss, gobsmacked butler- then you’ve come to the right place. Please review the guidelines below first, and leave a comment with your choice of actor. 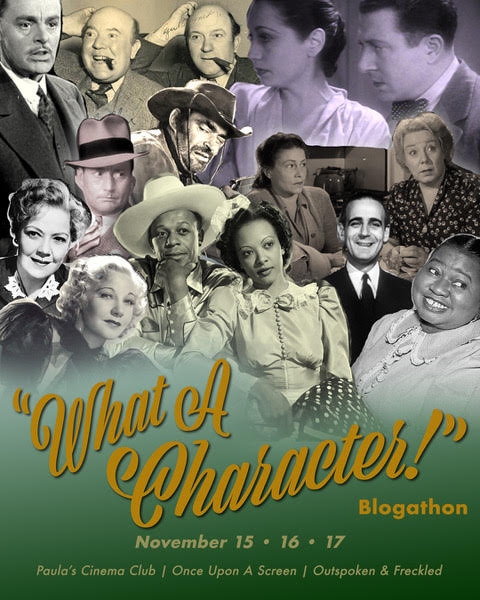 A Shroud of Thoughts – Frank Faylen

The Last Drive In – Thelma Ritter

A Person in the Dark – Estelle Winwood