The advent of sound, loose attitudes and mores and a memorable crop of monsters made the early 1930s the best era for horror.  And Universal studios had everybody beat.  Eager to cash in on the horror craze and top all other monstrous vehicles Paramount threw a mixed bag of salacious terror at audiences with its adaptation of H. G, Wells’ 1896 science fiction novel, “The Island of Doctor Moreau.”

Erle C. Kenton who would go on to helm such Universal classics as The Ghost of Frankenstein (1942) and House of Frankenstein (1944), made Island of Lost Souls as terrifying a movie as I’ve ever seen.  You’d think that that’s due to the movie’s story, which I’m sure you’re familiar with – a shipwrecked man, Edward Parker (Richard Arlen) is rescued by a freighter delivering live cargo and ends up on the isolated island where horrific experiments are being conducted.  But it’s not.  What makes Island of Lost Souls the stuff of nightmares is Charles Laughton‘s portrayal of Dr. Moreau who owns the island where Parker ends up.  Everything else, even the extreme cruelty depicted throughout the movie, is secondary to the man’s enjoyment of it.  Or, as I like to refer to it, Moreau’s unhealthy dose of pre-code-y-ness.

Island of Lost Souls goes beyond what I consider classic horror as seen in the Universal cannon of movies I grew up watching.  By that I mean Souls mixes the traditional horror elements present in those other, popular movies of the time and adds a level of terror that deeply disturbs.  On the “horror” side Paramount made sure this movie measured up.  The photography by Karl Struss, who shot Murnau‘s Sunrise (1927) and Mamoulian‘s Dr. Jekyll and Mr. Hyde (1931), is top-notch.  The moody, shadows in which Dr. Moreau lurks about his compound are particularly stirring and the doom in the shots over the water that surround the island is palpable.  Also, although there is no make-up credit on Island of Lost Souls, the monster make-up by Charles Gemora and Wally Westmore is quite good.  And then you have Bela Lugosi, one of the biggest names in the genre at the time as the Sayer of the Law, the leader of the creatures created and tortured by Dr. Moreau. 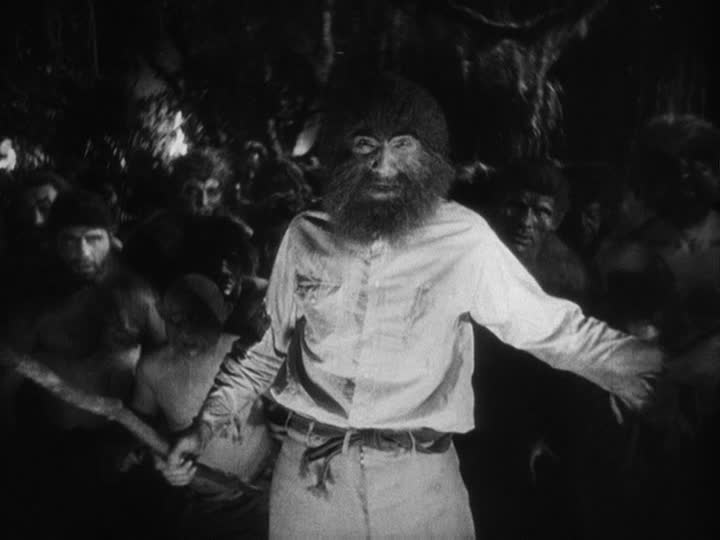 I really like Richard Arlen in this too.  His Parker is believable as the increasingly horrified traveler who gradually learns the depths into which Moreau has fallen. Both Leila Hyams and Arthur Hohl are also fine in their respective roles.  She as Parker’s fiancé, Ruth and he as Moreau’s lab assistant of sorts, Montgomery.  Finally there’s Kathleen Burke who delivers an affecting performance as Lota, popularly known as ‘Panther Woman,’ Moreau’s prized experiment.  Burke won a contest to be Panther Woman and she played prominently in all marketing for the movie.

You can take a look at the entire cast and crew list here, but let’s get to the meat of Island of Lost Souls, to where the terror lies – Laughton. 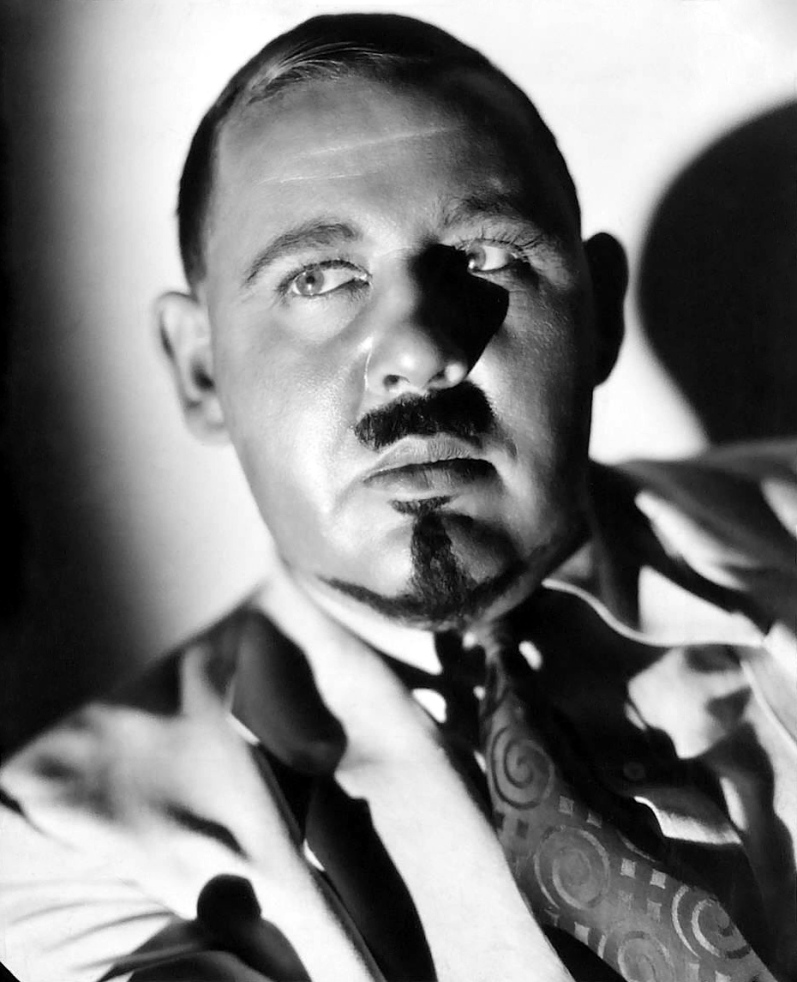 According to an article that appeared in “Life” in the mid-1930s, Charles Laughton’s greatest ambition as an actor was to never be typecast.  And he wasn’t.  Laughton was as capable of portraying emotion with supreme delicacy as he was at hamming it up to the peril of set pieces.  It’s hard to believe, for instance, that the same man who plays Dr. Moreau with such sadistic creepiness managed a heart wrenching turn as Quasimodo in William Dieterle‘s The Hunchback of Notre Dame (1939) seven years later  Neither of these two roles is usually mentioned in articles dedicated to Laughton’s career because for most he’s best remembered for his Shakespearean or “kingly” roles.  To me, however, his Quasimodo is one of the best performances ever delivered and although Island of Lost Souls has not been well-regarded over the years for its putrid morality – it was banned in Britain for decades – Laughton’s Moreau is also a memorable character for which Laughton managed equal parts subtlety and equal parts ham to create the worst mad doctor in filmdom.

Consider this: If we were to compare Dr. Moreau to another famous, brilliant doctor like Frankenstein, for instance the latter would come off looking like an altar boy.  Like Moreau Frankenstein longs to be a god, a creator of men, which always results in disaster.  But Dr. Frankenstein’s intentions are honorable in comparison to the chap on the island.  The fact that Frankenstein’s Monster murders and suffers is not in his creator’s grand scheme and as a result the Dr. himself is tormented by the happenings he put into motion.  Dr. Moreau, on the other hand, gains power by the suffering of the beings he makes.  He rejoices and enslaves them, basks in the horrible moans of pain that only feed his hunger for power.  He dangles life at the point of heightened suffering, in fact, and manipulates with constant reminders that pain is at the ready.  Note Moreau’s delight, how he languishes in the following image, which occurs when Parker learns of his atrocities…

I am anti-violence, but would gain some satisfaction in strangling Moreau at that very moment.  It’s such an odd, disturbing physical movement, which the scene does not call for, but which goes far in illustrating there is no redemption for this man.  He enjoys the world he’s created and his place within it too much.

When Parker runs into Moreau’s ultimate accomplishment to date, the class system the Doctor has created, the society he rules made up of the creatures he manipulates and tortures, he again cannot control his pride.  Or is it more than pride we see the surface in the Doctor?

On cue Lugosi’s Sayer encourages the chanting of the Laws –

Sayer of the Law: Not to eat meat, that is the law. Are we not men?

Sayer of the Law: Not to go on all fours, that is the law. Are we not men?

Sayer of the Law: Not to spill blood, that is the law. Are we not men?

I’ll be darned if Moreau, slowly lifting his arms in victory, doesn’t hint of sexual satisfaction at the tragic display before him.  Later in his prurient timeline Moreau (not so subtly) manipulates Lota into seducing Parker.  If she’s so capable, that is, the ultimate test to see if she possesses a woman’s heart and desires.  Dr. Moreau doesn’t lust for Panther Women, he lusts in contempt for her and what glory she may be able to bring him by mating.  “Did you see that, Montgomery?” Moreau says when Lota spends time with Parker for the first time, “She was tender like a woman.”  His pride at that moment made ever more sinister several scenes later when he grabs Lota’s hands in disgust to study the panther’s claws that have “creeped back.”  Moreau is defeated for a moment, but then cruelly grabs Lota’s head to see tears streaming out of her eyes.  The vulnerable, terrified creature is the first of his creatures to shed tears.  Suddenly invigorated again Moreau decides “this time I’ll burn out all the animal in her.”  Think about what that means – back on the slab and vivisection without anesthesia.  To put it mildly this is an upsetting scene.  And the sordid twists continue when Moreau tosses Lota aside as central to his experiments the moment Ruth arrives by encouraging his main, creature henchman, Ouran (Hans Steinke), to rape her.

Four score and four years after Island of Lost Souls was released you will not find a more deprived, despicable individual in the movies than Laughton’s Moreau, a man whose soul is more lost than any other on that island.  Or maybe that’s actually true in relation to the entire history of everything because if you study the movie and character long enough satan himself appears.  Animal lover, Charles Laughton himself agreed saying that playing Dr. Moreau caused him to have nightmares.

Pre-code movies are superb entertainment and I’ve come to love them.  The attitudes and freewheeling ways inherent in the stories are refreshing to one used to later, more restricted golden age releases.  Island of Lost Souls is somewhat of an anomaly for it lacks any of the fun I’ve associated with movies of the era and focuses instead solely on the worst of the pre-code norms and attitudes.  It’s pre-code gone awry, actually, which in terms of terror makes it the greatest horror movie of the 1930s.  Maybe of all time.

“They were angry with the man ’cause he changed their way of life
And they take their sweet revenge, as they trample through the night
For a hundred miles or more you can hear the people cry
But there’s nothin’ you can do even God is on their side.” – Cerone, “Supernature” (1977)

This is my submission to the HOT & BOTHERED: The Films of 1932 Blogathon, an event I am happy to be co-hosting with the fabulous Theresa at CineMaven’s Essays from the Couch.  Go to her site immediately to read all about 1932-style depravity as the 2nd day of HOT & BOTHERED is in full swing.  You can take a look at the Day 1 entries here.

How about these banners, by the way?  Theresa outdid herself.  After you’re done perusing the Day 2 entries stay tuned for her recap tomorrow where her artistic talents will be on full display.