Expected in the next couple of days is an array of remembrances and tributes honoring Tyrone Power in celebration of his centennial on May 5.  Special among those is the one-day blogathon, Power-Mad hosted by Lady Eve’s Reel Life and They Don’t Make ‘Em Like They Used To, which will feature commentaries and retrospectives covering Power’s life and work.  Be on the look-out for those entries on Monday.  In the meantime I thought it would be fun to share a few examples of Ty Power’s radio appearances.

As was the case for most Hollywood stars during the golden age, Tyrone Power did extensive work on radio.  He not only appeared as a guest star on popular variety and comedy programs and as a featured player in anthology series that presented adaptations of his films, but he also played host on Hollywood Playhouse, when it debuted in October 1937.  Hollywood Playhouse was an anthology drama series in the same vein as many other shows at the time except it usually featured adaptation of plays and short stories, rather than feature films.  Power hosted the show during its first season with Charles Boyer taking over in 1938.

What follows in this post is a random selection of Tyrone’s Power radio work – episodes I am familiar with and have enjoyed through time – that I hope you enjoy as well.  So, without further ado, here is Tyrone Power on Old-Time Radio…

Hollywood Premier presentation of “Blood and Sand” from January 27, 1941 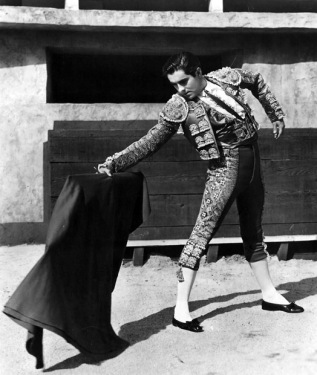 Note: Power starred in a longer version of “Blood and Sand” later that year, on October 20, for Lux Radio Theatre with then wife, Annabella.  You can listen to that version here.

Lux Radio Theatre presentation of “This Above All” starring Ty Power and Barbara Stanwyck from 1942, just before Power joined the service as he mentions in the show.

Tyrone as the guest on “The Jack Benny Program,” which aired on December 4, 1949

From 1952 as a featured guest on “Freedom USA Radio” 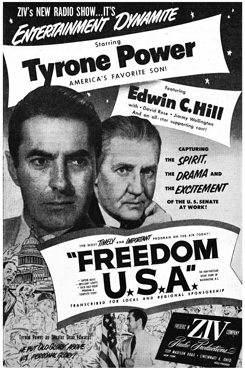 Finally, a Suspense Radio presentation of “The Guilty Always Run” from March 22, 1954 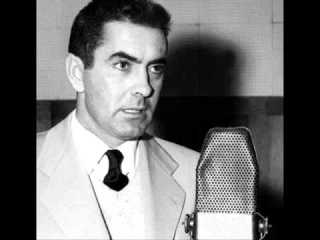 It goes without saying that Tyrone Power was one of the greatest matinée idols who ever lived by virtue of his looks alone.

“He was the most beautiful man I ever saw. No question.” – Anne Baxter

But, by all accounts Power was much more than a pretty face.  That fact is illustrated by way of his radio work, which allowed his talent and dedication to many causes to be showcased without the distraction of his beauty.  And his beauty was distracting – noted on many occasions by both men and women.

“There was one absolutely gorgeous man in Hollywood I had admired from afar for several years. When I saw him in a nightclub or at a motion picture function, I would just stare. And when I was told that Twentieth Century-Fox wanted to borrow me for a film with this dream man, I nearly fainted. At last I was going to work with — and more than likely, be kissed by — Tyrone Power. Of course I tried to be very sophisticated, but privately, on the inside, I was very excited. As I began to know Ty, I decided the word “devil” certainly suited him. Not only was he more handsome off-screen than on (and that took some doing), but he was one of the funniest men I ever met.” – Dorothy Lamour

It should also be noted that there has – to my knowledge – never been a negative word written about Tyrone Power as a person.  Perhaps his greatest gift, it seems, was the fact that he was the real deal on-screen as well as in life.

“Ty was everybody’s favorite person, and all agreed that he was that great rarity — a man who was just as nice as he seemed to be. With his flashing good looks, graceful carriage, and easy laughter, it was no surprise that he was a Pied Piper to women — they followed him in droves wherever he went — but Ty was a simple person, with a great down-to-earthness and modesty about himself.” – David Niven

“I hope my own boys will grow up to be like him.” – Henry King, director of 11 of Power’s films

A beautiful man both inside and out, gone far too soon.