Once Upon a Screen is celebrating the life and career of Gene Tierney (November 19, 1920 – November 6, 1991) with a special, old-time radio triple-feature starring the Brooklyn-born beauty.

“I simply did not want my face to be my talent.”

The first feature is a Screen Guild Players adaptation of “Laura,” from 1946 in which Tierney reprises her famous role from the 1944 film of the same name directed by Otto Preminger.

Co-starring in this presentation and also reprising their film roles are Dana Andrews and Clifton Webb.  (Click on the image to access the audio) 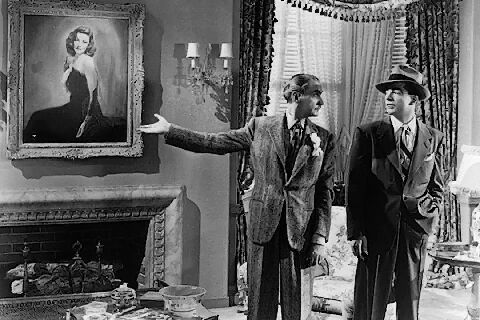 This next show is really special.  A new-to-me comedy series hosted by Harold Lloyd.  Yes, THAT Harold Lloyd! It’s the Old Gold Comedy Theater, named after its sponsor (as was the practice), Old Gold Cigarettes.  The series aired on NBC Radio and lasted only one season (1944-1945).  Again, probably due to the format they chose, which emulated Lux Radio Theater productions, featuring half-hour episodes that were reduced versions of popular comedy films.  Although cutting the scripts of full-length feature films that were in many cases still available in theaters didn’t appeal much to audiences at the time, these episodes are great fun to listen to today.  So, without further ado, from March 18, 1945, starring Randolph Scott and Gene Tierney, here’s the Old Gold Comedy Theater adaptation of “A Lady Takes a Chance.”

And from 1947 a Theater Guild on the Air presentation of “The First Year” with Tierney and Betty Garde:

“I learned quickly at Columbia that the only eye that mattered was the one on the camera.” 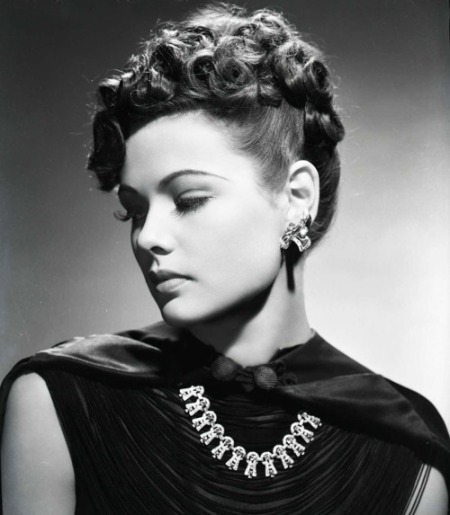