It was the official closing of the 2015 Turner Classic Movies Film Festival (TCMFF), a night those in attendance will never forget as one of the screen’s greatest actresses and true beauties, Sophia Loren, walked onto the stage. Loren was introducing Vittorio De Sica‘s Marriage Italian Style (1964) in which she co-starred with Marcello Mastroianni. On hand for the pre-screening interview was a star-struck Ben Mankiewicz who guided Ms. Loren for a charming, awe-inspiring 20 or so minutes during which the actress recounted stories of her career.

As I was watching Marriage Italian Style earlier this week I thought back to that night at the Chinese Theatre and the “event” we witnessed as Ms. Loren walked onto the stage, still vibrant and sexy at the age of 80. At one point during the interview Ben referred to “the walk” as “an event,” a question that confused Loren, but was no doubt clear on the minds of all in attendance. You can see what he referred to in Marriage Italian Style as Loren walks down the streets of Napoli. If you watch it you’ll agree that no one has ever walked like Sophia Loren. 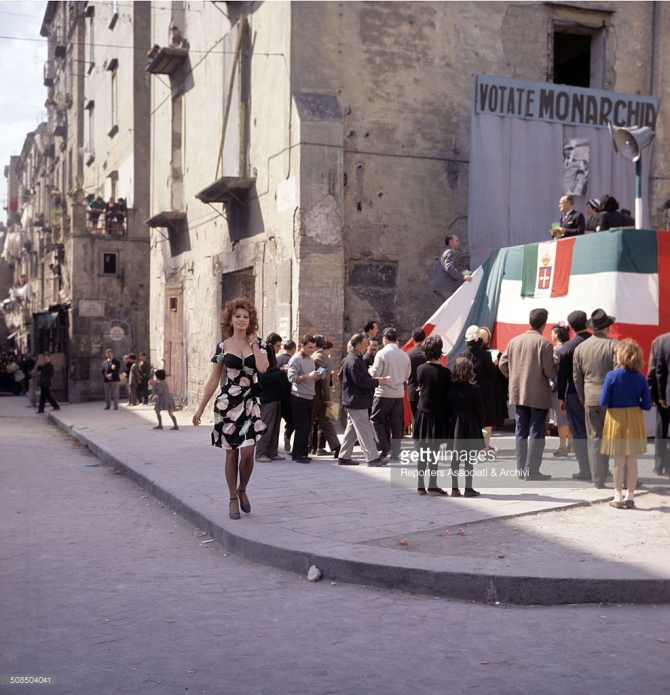 Before I get to Marriage Italian Style I must mention the most endearing part of that Loren interview. Right before the movie began Mankiewicz asked Ms. Loren if she’d like to say anything else at which time she raised her left hand so that the palm faced her and she quickly said, “this is a dramedy. My son told me to write it down so I wouldn’t forget.”

Marriage Italian Style tells the story of the long-time affair between rich Neapolitan, Domenico Soriano (Mastroianni) and prostitute, Filumena Marturano (Loren). When the movie opens Domenico is planning to marry a much younger woman and to put a stop to it Filumena tricks him into marrying her by feigning a serious illness. As the two navigate through the charade we get pieces of the long-time relationship through flashbacks from both perspectives and the result is a cornucopia of charm, energy and heat. It’s an impossibility to make note of the pleasures of Marriage Italian Style, but at the very least it serves as a reminder that Sophia Loren is one of the greatest talents the screen has ever seen. Mastroianni is great in this too, by the way, but it’s Loren who takes us through the entire gamut of emotion – from broad comedy to heartbreak. 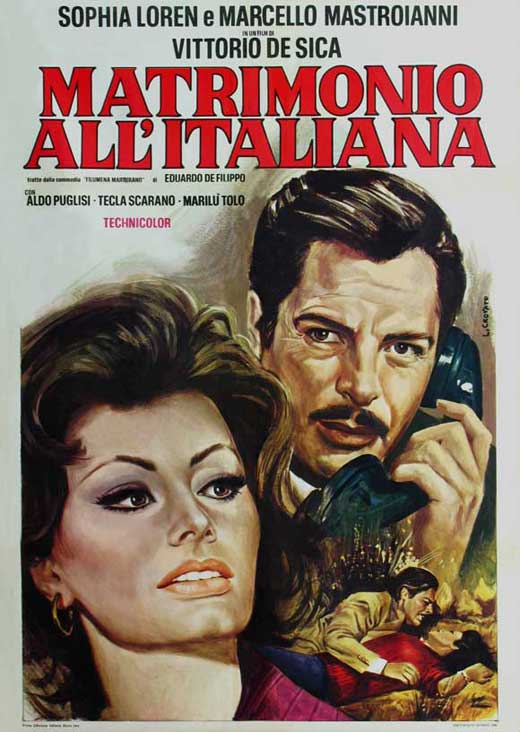 The on-screen magic created by the collaboration of long-time friends and admirers Sophia Loren and Marcello Mastroianni is palpable, one of the truly legendary pairings in movie history. The two made ten films together of which Marriage Italian Style was their first hit. In her 2014 memoir, Yesterday, Today and Tomorrow: My Life As a Fairytale, Loren spends a significant amount of time lauding both Mastroianni and Vittorio De Sica with whom she felt as close as family. That familiarity only serves to enhance the vibrant on-screen chemistry between Loren and Mastroianni, which can be described as combustible in the best possible sense.

“These kinds of things are really magic in movies. I think it doesn’t happen very often, but me and Marcello had it since the beginning.”

Ms. Loren received her second Best Actress Oscar nomination for her portrayal of Filumena Marturano and she’d have been my choice over Julie Andrews who won for Robert Stevenson’s Mary Poppins. In fact – for what it’s worth – Debbie Reynolds would have been my second choice for Charles Walters’ The Unsinkable Molly Brown.

If you haven’t seen Marriage Italian Style, you simply must. Nominated for Best Foreign Language Film of 1964, this is a romantic dramedy delivered in memorable style and with exquisite flavor. There are several wonderful supporting performances in this too, but Aldo Puglisi and Tecla Scarano deserve special mention. Puglisi and Scarano play Alfredo and Rosalia who in a real sense become Filumena’s family and rock solid support system. They also contribute to the laughs throughout the movie.

Marriage Italian Style is available on blu-ray from Kino Lorber. I will say this Lorber Films release is not a pristine transfer, but it does capture the beauty of the movie and its vibrant leading lady. The blu-ray includes several Loren trailers and a Marriage Italian Style stills gallery. A big thanks to the folks at Kino Lorber for sending me a review copy of the blu-ray and to Annmarie of Classic Movie Hub for facilitating it. This is a nice addition to my movie collection. It’s a dramedy to remember. 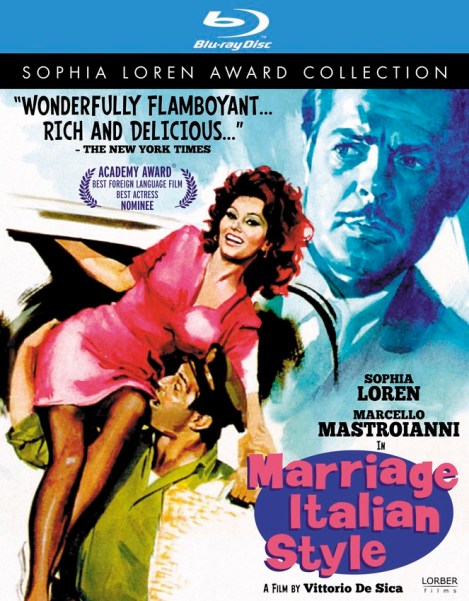 Angela Lansbury and Robert Montgomery in "The Citadel," episode 111 of "Robert Montgomery Presents" (1950)
Andrea Leeds and Edward Arnold take a a bike break on the lot during the making of Howard Hawks’ and William Wyler’s COME AND GET IT (1936)
Loading Comments...
%d bloggers like this: