As a special tribute to one our greatest actors I post a compilation, short as it may be, of classic radio performances by Henry Fonda who died on this day in 1982.  It’s great to be able to enjoy Fonda’s work in a medium many are not familiar with.  And if you’re not you just refuse to pay attention.  In any case, Fonda on the radio is a special treat because that rock solid integrity that came across on the screen does quite well for itself in this medium as well.  The most American of actors, as my father (a life-long fan) would say.

“If there is something in my eyes, a kind of honesty in the face, then I guess you could say that`s the man I`d like to be, the man I want to be.”

I hope you enjoy this, hearing just the voice of…

Henry Fonda on the radio:

From May 30, 1938 Honda co-stars with Joan Bennett in the Lux Radio Theatre production  of “I Met My Love Again”

There’s an interesting backstory to this show from July 4, 1946 “The Fifith Horseman,” one of the eight episodes produced in a series intended to convince the American public to accept a plan to put all nuclear weapons under United Nations control after the U.S. dropped the atomic bomb of Hiroshima and Nagasaki.  Each episode in the fictional “The Fifith Horseman” series chronicles the events in the lives of individuals after the bomb hits America.

Next Henry Fonda reprises his role in “Young Mr. Lincoln” for this special presentation of Great Scenes from Great Plays produced by the Protestant Actor’s Guild. 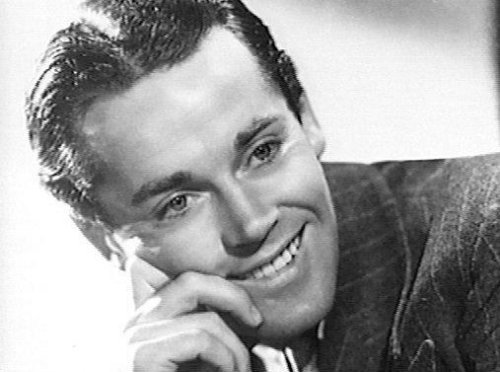 “I`m not really Henry Fonda. Nobody could have that much integrity.”